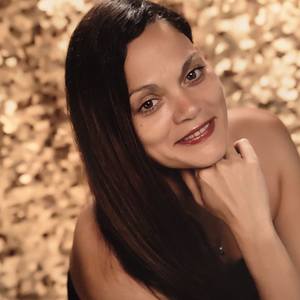 I was born N.J. June 20th 1970, now reside in Florida. I have been an artist since birth.My inspiration comes from within and daily surroundings. I can make art out of anything.Cice Rivera, (born June 20, 1970) is an American television and film actress and author. She began acting classes at sixteen and made her first movie appearance in Carlitos Way (1992) and The Cowboy Way (1994). Since establishing her career as a rising Hollywood actress and author, with films such as Carlitos Angels and Blues Clues shows, which received 3 wins and 30 nominations, NYTimes awards and award winning show.Early lifeRivera was born in Newark, N.J. Currently resides in Hollywood, F.L. the daughter of Nilda Lopez, a Hispanic cosmetologist and Rafael Rivera Sr., a Hispanic entrepreneur from Arecibo Puerto Rico. Riveras maternal grandparents are from Spain and Puerto Rico. On her father's side, she is descended from a prominent family in Puerto Rico. Rivera has an older brother Rafael, a younger brother Manuel and a adopted little sister Alexis. Rivera lived in West Orange N.J. until age eighteen, where she took art and writing classes at an art gallery nearby. She frequently wrote poetry and did canvas art for much of her childhood. Rivera studied art as a child and also taking small parts in any production.Rivera attended West Orange High School for a short period: Later attending and graduating from Florida School of Excellence. Rivera participated in high school theater productions, art, photography and fashion design. Rivera enrolled in the University of Metaphysical Science in California 2004. Prior to this, she worked as a bartender while pursuing an acting career. She went into Manhattan daily to pursue auditions and supported herself with a variety of odd jobs.Rivera later completed her coursework and was awarded a bachelor's degree from University of metaphysical Science Ca. currently furthering her education with a Master degree, PH D. D.D. She is fluent in Spanish and intermediate in several languages.CareerModelingAt 16, she began her career as a model. Rivera first modeling job was for a catalog. Following many fashion shows. She modeled for various photographers and companies. She modeled for companies such as ESPN, Pepsi, Herbal Essence, Natural Awakenings, Coors Light and Budweiser. She was featured on the cover New Times. Cover Model Coffee Shop Robbery.ActingWhile in New York, Rivera took acting classes at HB Studios and various other acting schools. She had appeared in several student films and had later landed roles in several Off - Off-Broadway plays. Riveras performance brought other offers to expanding in her roles: TV. Soap Opera, In Our World (1996), Rosebay N.Y. T.V. (1998). After filming the TV shows, Rivera traveled into Los Angeles and was cast in a series of one big role and small roles in several independent films as well as in the lead role. However, the agent was not legit and Rivera went back to N.Y. to continue her career.. She later appeared in several films such as Love + (Me) 3 (2000), Lying Beside You (2001), Its Joe Time (2002), Meet Joe (2002) The Movie, El Vacilon (2005), Carlitos Angels, Making The Movie T.V. Show and The Cofee Shop Roberry.One of Riveras notable T.V appearances was in Blues Clues and Rosebay N.Y. Show. This role led to her break-through performance in production. She published her first book in the late 1990s, carrying of successes, including taking an active part of various roles producing, directing, photography, makeup artist and writer.Rivera was selected as one of Rosebay N.Y. most prestigious actors. She was presented Award for Excellence at LCD Studios. Award winner as the producer of the show In Our World which aired on channel 34.Rivera received recognition as a Hollywood Celebrity: on Hollywood Updates.EntrepreneurshipRivera currently published her own entertainment magazine for rising artist Bout Me, certified acting coach and author of several books. Furthermore, working on a Metaphysical Center for human development. She also has made appearances in mentoring as an advocate for people of all age groups. Rivera is working on a spiritual book titled (The Unity of One Split Power).Riveras current books out, A Rainbow Behind a Shadow, Dasper, Bed Wetting Betty, Artistic ExpressionsPersonal lifeRivera married actor/model and motorcycle builder Blye Gonzalez June 07, 2007.Riveras comment on her marriage:She claims they met in a dream, prior to actually meeting in person. Then they met at a gas station. They exchanged love letters and phone calls for sometime before committing to meeting again in person.ReligionRivera does not believe in religion.Riveras Comment on religion: She believes in the word of God, freedom of believing in all religions which equal one, a higher power of spirit. All religions equal one word - God or the energy of a higher power source. She believes in metaphysical Science and quantum physics. S
www.cicerivera.com, boutmehealing.com

I have taken photography and art classes for years and I will continue to educate myself -so that i may excel above and beyond. Author, Artist & Director Cice Rivera currently resides in Florida. Graduate from the Florida School Of Excellence In Hallandale Fl. Attended New York Institute of Photography, Unlimited performing art schools, Over 20 years experience in Performing Arts: Actress, Model, Motivational Speaker, Advocate, Philosophy, Self- Improvement, Hypnosis, Reiki & Counselor. Last appearance Gasparilla Pageant Florida 2008 and last films were, The Coffee Shop Robbery, It's Joe Time, Making The Movie Reality Show, Carlito's Way, Carlitos Angels, El Vacilon (The Movie), Love=Me3, Blues Clues and Lying Beside You. A featured performer in many commercials, most recently for Pepsi, The Car Wash and the sports channel ESPN. Furthermore, recently finished the first issue "Bout Me Magazine Ink" based on the entertainment industry rising artist. Also taken on an active role in Scripts, Directing, Producing, Pageantry, Hair/Make-Up Artist and Photography.
Extremely delighted with the opportunity given to utilize all talents. Current books out: A Rainbow Behind a Shadow, Bed Wetting Betty, Dasper, Excellence In Artistic Expressions. Recently published articles and contributed award-winning poetry to Under A Quicksilver Moon and The Sound Of Music, which are available on book, CD and cassette. Furthermore, currently in working progress of a self - improvement book titled " The Unity Of One Split Power" focused on growth, acceptance of self-love and the given secret that lies within.
Furthermore, upcoming Striving future of a Human Developmental Healing Center "BOUT ME OM," (Optimistic & Motivational) Non -Profit Organization-Awareness toward Thyroid Cancer/Disease, Domestic violence, Homeless, Mental Illness, & Panic/Anxiety Disorders.
(A little extra info.) Recently, Cice Rivera, Awarded Bout Me OM Ms. Congeniality with title & crown, Barbizon Acting & Modeling Show, Ms. Congeniality and Gasparilla Royalty, Cice also has taken the opportunity to represent the Bout Me Magazine at Bout Me OM Pageants as Director.
Through out the long hours of competition, the contestants competed in more than three categories including, interview, evening gown and swimwear. Furthermore, Cice completed 2008 Barbizon Certification intensive course program to teach acting & modeling. Though she is a private tutor/coach for acting etc.
Cice Rivera is an accomplished Actress, Model, Author, Director, Producer, Mentor and Motivational speaker. Ms. Congeniality also featured in over 10 films and has worked with Al Pacino, Luis Guzman, James Belushi, Daisy Fuentes, John Leguizamo, Richard Foronjy, Ingrid Rogers, Steve Burns, Donavon Patton, Evly Pacheco, Agustin & Danny Devito
Formerly recognized as a rising Hollywood Celebrity with a dynamic career ahead. Cice has also hosted and Directed several shows & many fashion shows & Conventions this has expanded her creativity into Bout Me OM Pageants. Cices heart's desire is to serve and speak out for the silent voice and suppressed across the world. Volunteered at various events and began to plan the Bout Me OM Healing Center a non-profit organization to more effectively reach humans suffering & in need across the world.www.cicerivera.comwww.boutmehealing.com,