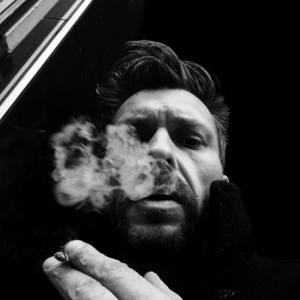 Marcin Filip Cybulski , born in Poland 1976, living and working in London where he move in 2006.
Printmaker , painter , fine artist inspired by philosophy , emotion and seek of identity in a modern world.

My work explores the formal possibilities of multimedia collage : it is driven
by the silkscreen process, deployed across a wide range of supports and surfaces, such as wood , textiles, and paper. For me surface, texture and applied image are important tools for the exploration of the human psyche; my preferred method of working is to proceed intuitively, steering a course into the developing image trough a series of unconscious decisions.
I use a highly personal iconography, based around the human figure and its interactions with fundamental emblems of geometry, such as the triangle, the circle and the cruciform. I play off the contingency and chaotic nature of the former against the stability and symmetry off the latter.


I accept, and actively encourage the accidents that occur during the silkscreen process.

The uncontrolled spreading and splattering of the ink, or the tracks and textures caused by insufficient quantity of pigment passing trough the screen, serve to bind together the various parts of the image, and emphasise the work’s identity as a physical surface to which print has been applied.

I am not interested in attempting to mediate or conceptualise my emotional responses in any way; I hope to deal in the most direct manner possible with the basic forms of human expression.