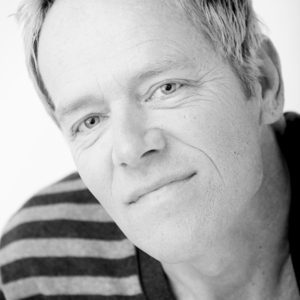 Born in the early 60s in Minnesota (USA), Glen Heppner has been creating art since he was a young boy.

One of America's most exciting artists, Glen Heppner expresses his imagination and creativity across several mediums.His commissioned paintings grace public and private collections, including Wolfgang Puck, Chaka Khan, Matt Damon and Patti LaBelle. His painting of Queen Elizabeth has been sent to Buckingham Palace.

As seen in his works, Heppner's palate can create a wide range of eye-catching expressions from mortal fear to lust to love to whimsy and beyond. Born in rural Minnesota, USA, Heppner's insight, humour, talent and fresh approach stand ready to turn white canvases, blank pages, and bare stages into original works of art.

Heppner studied Art and Graphic Design at Bemidji State University in Minnesota as well as Art and Architectural Design at Oxford University, England.

In 2003, Glen’s mother passed away, followed by his life partner two months later. In an effort to deal with the grief, he tried to keep busy with his paintings. But he couldn’t stop thinking about what to do with his life, and where he should be.

After much thought, in 2006 Heppner gave away all of his possessions and left America for London, England, where he still resides.

Heppner is currently working from his southern California studio.