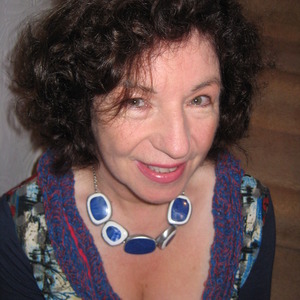 Please visit me on : www.mariannesturtridge.com

I am an art teacher by profession and enjoy the constant challenges of "problem solving" and frustration that goes with art. Teaching art has encouraged me to experiment with new approaches and draw from a history of art knowledge.

My paintings seek to convey a range of human feelings from community to alienation, sometimes with a religious, mythological or fantasy theme. While teaching children with physical disabilities I explored themes on attitudes towards disability, illness and censorship. The foundation of my work is drawing, often evolving into mixed media.

My painting style ranges from traditional oil and watercolour painting to experimental work in a wide range of materials including computer-based art, bas-relief and ceramics.

Alongside painting I have made clay sculptures including torsos and shoes. I use my life drawings as a starting point when making clay torsos and try to capture something of the person in this work.

I am the artist chosen to represent Plymouth in our twin city of Brest, France. I have regular exhibitions in France, including taking part with French and American artists to celebrate the American Liberation of France. In 2014 my Alice in Wonderland suite of fifteen paintings were exhibited in Brest to celebrate the 50 year anniversary. I have exhibited in national and European cities as part of European Cities of Culture including Dublin and Glasgow. I am a member of European Consortium of Arts and Education Therapies (ECArTE) where I have presented art workshops in Releasing Creativity in host cities including London, Athens Madrid and Estonia.
In 2016 I took part in "Alternative Visions: Undiscovered Art from the South West, a touring exhibition organised by Outside In, Pallant House, UK. My work can be viewed on www.outside.org.uk .
In 2018 my Alice in Wonderland paintings were on show at Royal Opera Arcade, Gallery, Pall Mall , London.