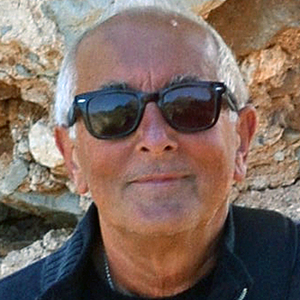 Roger Williamson is a visual artist, residing and creating in Minneapolis Minnesota.
Born in Loughborough, England, in 1947 and growing up in Coventry he was inspired from an early age by the French Symbolist painters of late nineteenth century France,
These artistic influences, in conjunction with his own esoteric upbringing and practical experiences of magick, mythology and dream control, form the matrix, a collective oeuvre upon which his paintings and writings are an extension.
Using diverse creative media, whether painting or writing books, Williamson endeavors to develop techniques that materialize the sensuous dreaming experience into the language of the waking world. Aspiring to reintroduce mystery and ambiguity back into the adventure of human existence through the creative process, encouraging artistic audiences towards "living effulgent and invigorating lives, revitalized from the secretions of our subconscious."
Roger Williamson is the creator of Tarot of the Morning Star deck and the author of The Sun at Night.

Statement
Art is an externalization of struggle to rationalize and give form to something not understood.
The artist, like the oyster, is driven to externalize this conflict into the image of a pearl.

I believe art should be appreciated through a viewer's individual intercourse with the work, allowing the image to speak for itself and not be prejudged by societies academic paradigms.
This concept has close parallels to techniques first acquired in childhood, such as the ability to stare at clouds and see recognizable images arise and fall in the mind’s eye out of what initially was perceived as chaos.
Through this technique, letting a work speak to a deeper self than the superficial mind involves the viewer in the creative process, their imagination evolves the artwork to another level. The work is no longer stationary but part of a wave as is nature herself.

Art of Darkness
For the Banfill-Locke Center for the Arts show Art of Darkness exhibition I will be showing two pieces: Atavistic Memories and In Times Of Peril She Would Call Up All Strange Orders Of Spirits Into Her Aura To Protect Herself From Evil.
Opening Reception Saturday, July 30th, 6-9pm
Runs through August 27th