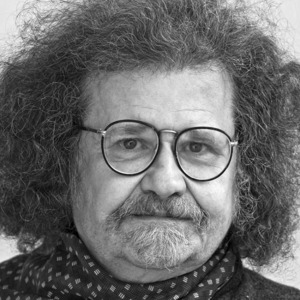 Born in Frankfurt / Main in 1950, I am into photography now for around 40 years. My first photographic steps I took as a teenager in the 1960s and from 1970 to 1975 I studied photography at the Arts College ( Fachhochschule fÃ¼r Gestaltung ) in Dortmund. My teachers were Pan Walther, Adolf Clemens and my favorite one Kah Jagals. I have never been very much interested in studio photography, besides that I learned the basics during my time at the Arts College. What I always liked besides and in connection with photography was travelling. In the late sixties and in the seventies I hitchhiked around western Europe and after finishing school in 1969 I had the plan to travel on the hippie-trail overland to India. Unfortunately I had a very bad accident in April 1969 during my exams and instead of travelling to India, I was hospitalized for 6 month and in permanent medical treatment for the next 3 years. Since that time I have a handicap in case of walking, but that fortunately didnÂ´t stop me from travelling, besides that I knew and know the restrictions I have to live with. Due to this and some other reasons, it wasnÂ´t before 1982 that I first travelled further east, than Turkey ( 1971 ). In 1984 I came to India the first time. Since that year I visited India and its neighbouring countries more than 20 times and spend alltogether more than 6 years in this part of the world. In 1986 IÂ´ve been to Tibet for a month and in 1994 I spend 5 month in China.

My kind of photography, I would call classical and my themes are people - I like to do portraits -, festivals, streetscenes, landscapes, cityscapes and architecture. I simply like to stroll around and get a feeling for the place where I am. Up to 2003 I was using analog equipment and did colourslides as well as black& white. Nowadays I work with a digital SLR. The darkroom - black&white printing I learned from the scratch and got pretty good with the time - has been replaced by the computer, but my kind of photography hasnÂ´t changed very much.