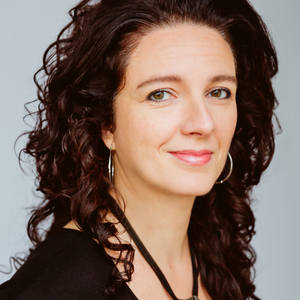 Born in Canada in the province of Quebec, Nadjejda Gilbert currently lives in the countryside near Quebec City. A creative soul from an early age, she studied arts and literature in college before completing a bachelor’s degree in graphic design. Throughout her career as a graphic designer—now well into its second decade—her passion for drawing and painting has never waned. You can take the lion out of the jungle, as they say, but you can’t take the jungle out of the lion. In Nadjejda’s books, being an artist isn’t simply a matter of being recognized by one’s peers. It’s an identity, a truth that one discovers on one’s own. Which is why, after a few years away from the jungle, Nadjejda decided to return home.

Nadjejda has always worked to perfect her technique; her path as an artist has been one of trial and exploration. She is naturally drawn to the human as subject and remains fascinated by our duality, by our constant questioning of who we are and where we’re going, by our perpetual search for the meaning of our lives. For some, it’s love. For others, freedom. Nadjejda uses words and phrases in her portraits like so many stories etched onto the skin. The story of that never ending search.

Nadjejda’s first public showing was at a Galerie uNo show in Quebec City’s arts district in 2016. Her work received an enthusiastic reception and many other projects followed. She took part in the 2016 Plaines Couleurs Symposium on Quebec City’s Plains of Abraham, received several commissions for portraits from local business people. She was guest artist at the Alfred Pellan Gallery in 2017 and was invited to the DécouvrArts Festival in Vieux Cap Rouge and the Lévis Arts Convention the same year. In 2018 she was selected to exhibit her work in Montreal at an evening dedicated to emerging artists.

April 3 to 30, 2017
Quebec city | Artist invited to the Galerie Alfred-Pellan

August 19 to 21, 2016
Quebec city | Symposium Plaines Couleurs on the Plains of Abraham