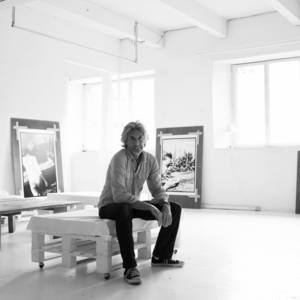 
After studies in philosophy, Guillaume Girardot decided in 1984 to devote his time to photography and make it his career. This keen traveller set down his suitcases in former refrigerated warehouses in Paris to occupy a studio along with about one hundred other artists. A source of daily inspiration that was to enable him, thirty years later, to be considered one of the most influential fashion and beauty photographers of his generation. His remarkable images have toured the world, from Paris to Milan and New York, through publications from eminent fashion magazines followed, including Marie-Claire, Biba, Gala, Cosmopolitan, and Elle International. Spontaneous, fresh, and full of charm, Guillaume Girardot’s photographs enable him to collaborate with renowned international brands such as L’Oréal, Revlon, Armani, Nivéa, Nina Ricci, Clarins, and Adidas, to name just a few.