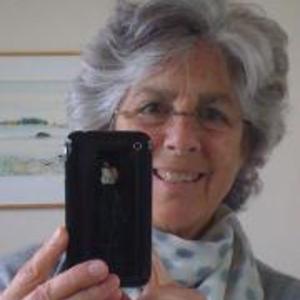 Susan Landor Keegin has been creating art for over 40 years. From day one, she was schooled in the art of seeing and expressing herself visually by her artist parents. "I was given the tools and encouragement to experiment, and was taught to embrace failure as a part of learning." Developing the habit of drawing was like learning a language for her: the more you practice, the more you know. At the age of 11 she began to use a Rolleicord camera to develop and hone her visual skills.
Susan went on to study art, and received a B.A. in Art from Antioch College. In her early career she was a photographer and graphic designer, working with international clients in her father's dynamic design company. She then developed her own line of greeting cards. In 2001 she returned to her interest in fine art, and has been painting full time ever since.
The paintings have evolved from her initial interest in recreating reality to an increasingly personal expression. "I am continually inspired by what is right in front of me," she says. Her subjects include landscapes and seascapes in both Northern California and Maine, where she spends the summer. Her contemporary still lifes feature ordinary objects seen with fresh eyes: old books stacked in a corner, figures gliding through a museum, the contents of her Mother's last purse. These latter paintings work in a series, and form a narrative about the subjects that give meaning to her life.
Susan's work has been exhibited at the Bolinas Museum and the Monterey Museum in California, and the Penobscot Marine Museum in Maine. Her paintings have been included in several national juried exhibitions with the Still Point Art Gallery in Brunswick, Maine. She was awarded "Best in Show"” Portfolio" in their "Interiors" exhibition. Susan has also had solo shows at the Islesford Dock Gallery in Maine and with the Mill Valley Arts Commission in Mill Valley, CA. She is represented by Gleason Fine Art and Islesford Dock Gallery in Maine. She has been posting daily paintings online since 2007 to her blog, "A Little Painting Every Day" http://susanlandorkeegin.blogspot.com.