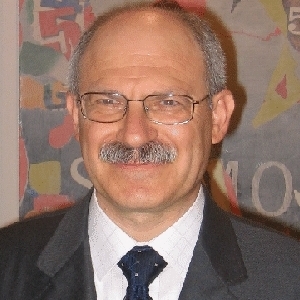 I am convinced that an artist should not only evaluate for his historian but above all for his futuristic potential; that's why instead of a list of things done I prefer to expose some personal reflections.
In artistic language the most difficult thing is to find the right way to convey a message that gives life to a process that starting from the perception of the idea, allows us to follow the whole path: eyes-mind-heart-shape-color, because the ideas and works are born of people and their ability to communicate passions, feelings, dreams and visions.
Since the early years of school I have cultivated the desire to represent the world of the surrounding nature, to reproduce comics and figures, to express emotions through drawing and colors.
They are of the sign of Gemini and therefore with a multifaceted personality that presents an intrinsic duality: light and shadow, soul and intellect, materiality and spirituality, two opposite sides, two aspects that can not be separated and which also characterize the artistic poetics.
I chose to make art without a sense of protagonism, taking care of the preparation through self-experimentation and the search for an aesthetic form that gave substance to my inner dynamism.
My current works are handmade with mixed oil and collage on canvas technique. At the center of the work is the female figure in oil painting overlays made of collage. Only the complexion is depicted in oil, while the clothes are made from the background, painting only the shadows and the lights.
The final result brings together pictorial art and advertising art in a contamination of different languages that produces a new linguistic code and teaches to look at the city and its inhabitants as a laboratory where to draw "fragments" of everyday life that are transfigured into a space of memory that establishes and transmits the contemporary way of life to history. Advertising posters, glossy images of status symbols, movie trailers, reality shows, photographs and news of wars, natural disasters, terrorist acts but also ordinary women and men, objects and products that every day's everyday life is full of title in pictorial compositions. The works are therefore loaded with the modern existential level that can be enjoyed by today's viewers but above all able to pass on the contemporary way of life to future generations.
I would like my art to remind me and my times, that it was a trace that represents my existence and the existence of the people who are living with me these days.
Perhaps my art is the attempt to overcome death through objects that represent me talking about me. I am an artist, and in this I recognize that I had a great fortune, because the artist manages to overcome the physical limits of the disappearance, creates his own historical memory writing, singing, sculpting or painting, reproducing himself in every new work.
I see the progress of my years on the faces of people I know (we see ourselves in the mirror every day and then we get used to our image) and I find myself older and my desire to live increases, as well as my sensitivity towards of the beauty of the world and especially of that of the female universe. I would like to embrace all the women, the ones I have lived, the ones I have not met yet and the ones I will never meet. I would like to embrace them and thank them for every little or big thing they unconsciously gave me and for the works that inspired me.
Each work is a hymn to the beauty of human existence, an emotion that I try to stop on the canvas and that I try to convey to those who meet my art.
Leonardo Vecchiarino

Leonardo Vecchiarino was born in Foggia (Italy), where he is currently working and living in via Rossi Doria n. 6.
He starter dedicating himself to painting at a very early age. After consolidating his artistic education through research and experimentation, he developed important technical and aesthetical choices which have enabled him to define and personalize his style.
Since 1983 he is present at the various art collective but is the first personal show, at the modern art Gallery of “Palazzo Dogana” in Foggia, in 1986, that gives rise to his public artistically activity.
In 1988 he is present in first time at the international Expoarte in Bari.
The following years were marked by important attendances in personal and collective art shows and contests at home and abroad.
Vecchiarino’s art works have been exhibited at Market Center in Dallas, at Jacob Javit Center in New York (1992 e 1993), at Museum Nazional in Budapest, at Italiensk Kulturell Forening Interart Vasteras di Hallstahmmar (Sweden), at Deposit Guaranty Salon International di Jackson (Mississippi), at Foyer International in Parigi, at Palace of Exhibition in Stockholm, at Trade Center/Harumi in Tokyo.
A few of his reviews publications are in possession of Italian cultural Institutes, important persons and art critics of a large numbers of foreign countries among so many: Argentine, Australia, Belgium, Brazil, Canada, Città del Vaticano, Denmark, Egypt, France, Germany, Japan, Great Britain, Greece, Hong Kong, India, Ireland, Israel, Kenya, Morocco, Mexico, Norway, Holland, Poland, Portugal, Romania, Russia, Spain, United States of America, Sweden, Switzerland, Tunisia, Turkey, Hungary.
Leonardo Vecchiarino has always been appreciated for his talent and creativity and he has been followed with close attention by daily newspapers, magazines, televisions, specialized catalogues and art publications.
His works are now cherished in private and public collections.