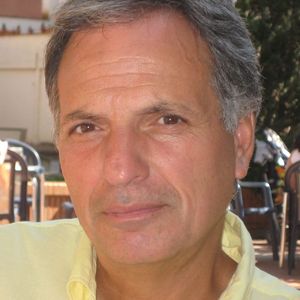 Oscar Posada, born in Colombia in 1956, and settled in Spain since marriage, started his career as a painter 20 years ago and has been exhibiting his work both taking part in collective exhibitions and, mostly, individual ones, in Spain and France.

PosadaÂ´s heterogeneous thematic has gone through various styles all along his learning process. Particularly influenced by the Impressionist current and the German Expressionism, he has achieved a very personal style: harmonious, appealing, full of life, in which COLOUR is probably the most remarkable feature.
Posada is an intuitive and spontaneous painter whose quick brush strokes describe him accurately. He uses his hands as much as brush or spatula so as to give shape to what he wants to express on canvas.
The artist regards as essential to show, through his work, his state of mind, his mood, the very moment he feels whatever emotion urges him to paint. Repeating, correcting the stroke, would mean for him a far cry from the former painting.
In his own words:" It would be the result of what one thinks after feeling it".

Posada mainly achieves the consciousness of his existence, by means of his works, fulfilled, "alive" to freely express what there is inside him, permanently aware of the fact that human beings depend on their mood too often. That is why he tries to make sure his work is a true reflection of moments, plenty, in which he does need painting, have evidence of what is going on right then, keep on learning and make the most of it.

The touch of awareness in PosadaÂ´s painting process, takes place when it comes to reviewing his production, just as if he were checking his own life.
Posada paints round the clock as, above all, he knows that, although he
bases on inspiration, own style and personality development are the result of working non-stop, study, search and research.