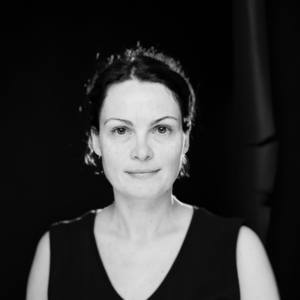 I am an artist from Moscow, Russia. I started as a painter in high school and soon realized that depicting real objects no longer interests me. I have been working on the "a-chromatics" project since 2011. Two a-chromatics were selected for the 2013 St. Petersburg Art Week and were awarded the Third prize, and the a-chromatic # 28 won the Experimental Graphics prize at the 2016 Russian Art Week. Six other works were selected for the "Black and White" online exhibition at the Colours of Humanity Art Gallery, 2016, while my other works were displayed at the "Co-Author" exhibitions in Moscow and Perm in 2016.


Vision
Simple color spot evokes immersion and excitement - a painting being an object, being a phenomenon of nature. For many years I’ve been primarily fascinated with such artists as Rothko, Klein, Manzoni and others, who have taken the path of austerity in their work. Perhaps it were the cycle of monochrome abstractions "Achromatic" by Manzoni and biomorphic abstractions of Kandinsky that inspired me to a series of a-chromatic art, which I have been doing for 6 years. My work, however, has no direct relationship to these artists, as each has his or her own ideology and system of restrictions. What interests me now is the rejection of color and of any connection to known forms. Since our brain is always looking for associations, you will surely find similarities with real objects or feel certain emotions in my compositions. Your unique interpretation of my work is an intended goal. I deliberately didn’t leave a clue in the title, didn’t direct your perception. It does not matter what I was thinking when it was created - it is important what you feel or want to see.