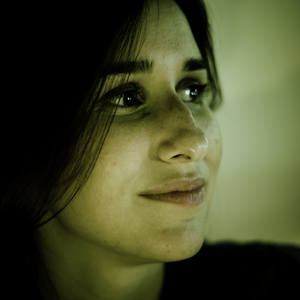 (b. June 23, 1984) is an international award-winning artist. Her groundbreaking digital art collection, "Ensueños Rioplatenses," was declared a "National Work" and she a "Young Iconic Artist" by the government of Uruguay, the highest artistic honor awarded by that nation (analogous to the prestigious United States National Medal of Arts). Casas was also officially declared a "Young Leader in Latin America" by the Washington, D.C.-based Inter-American Development Bank (IBD). Her work has been exhibited across the globe, including as part of the Queen of the Netherlands and Tom Freston private Art Collections. Also international companies as Google's Project for New Media in New York and in private commissions and exhibitions by Fortune 500 companies, such as Fiat (2013) and Goodyear (2014).

At age 24, Casas' paintings first debuted publicly in 2009 in Buenos Aires at the Castagnino Roldan Gallery. Shortly thereafter, and inspired by Andy Warhol and others, Casas began experimenting with digital art, first by digitally manipulating photographs of iconic historical figures and later by digitally reconstructing images of iconic sculptures. One of her earliest digital pieces, Liberty, Fraternity and Equality, a tribute to the heroes of the early 19th century Latin-American Wars of Independence, was curated by Google and included in its “Project for New Media” in New York later that same year.

Casas followed the success of "Liberty, Fraternity and Equality" in 2011 by releasing what became a widely acclaimed collection of digital work entitled "Ensueños Rioplatenses," earning her numerous national and international awards at age 27. "Ensueños Rioplatenses" was inspired by the work of Casas' great-grandfather, the famous Argentine sculptor Gonzalo Leguizamon Pondal (1890-1944). Her work, a digitally reinterpreted collection of iconic sculpture images, paid tribute to the stylistic bond that Leguizamon Pondal shared with his contemporary, the Uruguayan sculptor Jose Luiz Zorrilla de San Martin (1891–1975), both of whom in 1931 became their respective county’s first artists to win France's National Salon of Paris Académie des Beaux-Arts prize.

Twelve of the twenty-four Ensueños Rioplatenses pieces were immediately curated for Uruguay's Bicentennial, a national event commemorating the 200th Anniversary of the country's May Revolution. The full collection was then displayed in a solo exhibition at both the National Museum Zorrilla and the Santos Cultural Palace in Uruguay. Within months, the entire collection was declared by Uruguay's Ministry of Culture as a Work of National Tourist Interest and she was declared a "Young Iconic Artist," the highest national honor one can receive for a work of art in that country. Fiat, a major supporter of the exhibition at the National Museum Zorilla, also exhibited the full collection at the Fiat's prominent Stile Italia Space in Buenos Aires. First edition pieces of "Ensueños Rioplatenses," such as "Virgin Flower," were acquired by various private collectors, the National Museum Zorilla, and private foundations, such as the Rozenblum Foundation.

In 2014, Casas was commissioned by Goodyear to create a three-meter tall Tree of Life made from cut, recycled tires. The work will be unveiled at a special exhibition sponsored by Goodyear and Latin Trade during the 2014 Art Basel show in Miami, Florida.