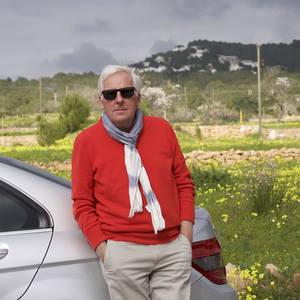 Arnold’s Wicht’s work raises an interesting question: Why paint in a classical manner now? A classical approach to painting comprises very tight brushwork; naturalism; controlled, if not theatrical, lighting; perspective; studied composition; and subject matter including, amongst others, still-lives, landscape, and portraiture. Classical still-lives abound in seventeenth-century Dutch art. The paintings of Arnold Wicht, exhibited here, constitute an homage to such Dutch masters as Wilhelm Kalf (1619-1693) and Anna Maria Sibylla Merian (1647-1717). However, the dialogue that Arnold Wicht instigates with the tradition of still-lives is complex and multi-layered—verisimilitude is in question. We are now accustomed to seamless images of the World produced by such mechanical means of reproduction as photography, film, video, and digital media. We are also, according to French philosopher Jean Baudrillard, so overwhelmed by images that they have become meaningless. Here, Arnold Wicht’s paintings are especially powerful: they reclaim the realism of the ubiquitous contemporary image through the use of specialized labor in art—the display of manual, expert craft. Fleeting images become grounded again disrupting our current perceptual habits; we are habituated to seeing in mechanical media the level of precision displayed in these paintings. The practice of associating high realism with extensive manual labour has almost been lost. In renewing with sustained, grounded contemplation, the paintings of Arnold Wicht are, in final analysis, reassuring. They encourage us to bask in the pleasures of an unlimited, lasting encounter with tangible visual form.

Kunsthochschule Kassel
from 1966 to 1971
Masters degree in Graphic Design

Painted extensively in Mexico in the 1990's

Locally in France and Canada