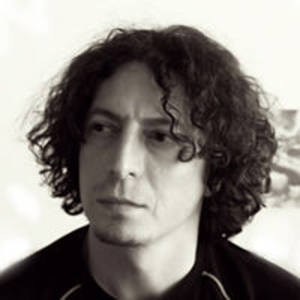 Ştefan Dumitru is not particularly attached to any working method and is always interested in experimenting with various, supports (canvas, cardboard, wood) and combined techniques (acrylic, oil, tempera, bitumen, etc.). This is why some of his works escape the definition of conventional painting to become equally decorative and fine-art objects. Ştefan Dumitru's compositions are not confined to one manner of expression, but maintain a balance between figurative and abstract. The artist is deeply concerned with the relationships between shapes and colors, between full and empty spaces, as well as with the play of light and shadow. Several series can be identified in his work: “Windows” - seen not only as bridges between the inside and the outside, but rather as passageways between worlds, “Structures” - opportunities of artistic inquiry and continuous experiment, and “Fragments” - compositions that reveal his interest in the anatomical detail that is likely to accommodate new and unexpected meanings. Overall, a certain appetite for fragmentariness, for focusing on detail rather than the whole, can be recognized as a distinctive feature of Ştefan Dumitru's approach.

Ştefan Dumitru has his own precisely defined role in this new visual display, with works that are more cerebral in approach, although not completely lacking a tendency towards introspection. Ştefan Dumitru's paintings, also in acrylic and oil, are placed on the extremely volatile boundary between figurative and non-figurative and are remarkably sound in structure. The symbolic images are present in his paintings, too, but rather as pretexts, as centers that concentrate a palimpsest of motifs to which new meanings are assigned. Faces and objects selected from the visible universe undergo a process of dissolution and recomposition of forms and of unexpected positioning in the composition, putting the viewer in the position to witness a transfiguration.
Ştefan Dumitru's works can be seen as bridges between the visible and the invisible world, between the exterior universe perceived with the painter's inherent sensibility and the interior one where the metaphoric images of the self are born.