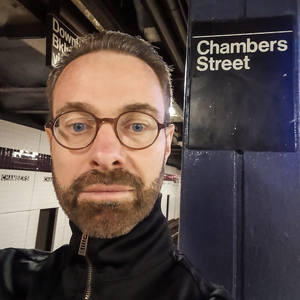 I’m a filmmaker and photographer based in New York City. My current work is photography of features of the urban landscape, including building facades, construction fences, doors, mailboxes, vintage signs, and wall cuts in the subway. I’m interested in how these subjects are manipulated by street artists working independently and further transformed by natural forces. The motivation behind my work is to call attention to arresting combinations of color, form and texture that daily surround us, in the process expanding the definition of what we call art, how it is made, and where it appears.

My work lies at the intersection of fine art, documentary, advertising, popular culture and archaeology. I consider myself a chronicler of the impermanence, continuous evolution, and elusive forces that form the visual fabric of city life.