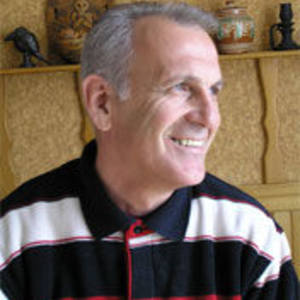 Bohdan Bilinchuk was born in Pokuttya, Ivano-Frankivsk oblast, in the village of Triytsia of Kosiv district in 1948. He spent his childhood in Carpathians where everyday life and traditions of hutsuls found their reflection in Bohdan Bilinchuk's nature and creative work.
He started making his first attempts of sculptural plastic in the Urals, where he worked as a surgeon in Chelyabinsk. Then he moved to Lviv, where he completed his clinical residency and over 35 years has been working as a surgeon at an emergency hospital. Now he is a Certified Surgeon with the Highest Category with over 43 years of professional experience. Bohdan did not always have an opportunity to do sculpturing as his number one concern was health and life of his patients.
He participated in 85 exhibitions, 15 of which are of republican level, 4 international and 7 personal ones in Lviv and Kyiv. He took part in two Great sculpture salons in Kyiv. Bohdan Bilinchuk is a member of the Artists Union of Ukrkaine. He works in forms of miniature and indoor plastic arts. His favourite materials are bronze and ceramics. We can see a few directions in Bohdan Bilinchuk's creative work. These are fantasies, caricatures, philosophical thoughts and everyday episodes, which are expressed in grotesque and simple forms. During recent years many of Bohdan Bilinchuk's works were cast and finished off personally and all by himself. It all required spending some free time (if medicine allowed), a great deal of energy and personal financial means.
Analising B. Bilinchuk's creative work a number of fine art experts and artists express their opinion about affinity of style and mindset of his works to such artists of world importance as a sculptor Gregor Kruk (in painting), a Georgian painter Pirosmani, a Ukrainian painter Maria Primachenko.
Being a surgeon has awakened an artist who deeply understands the essence of life, secrets of human soul.
Just recently B.Bilinchuk started his painting activity. It has always preceded in his craving for art and was expressed in forms of pastels and oil paintings, which complemented his plastic works with different plot ideas. Besides Bohdan Bilinchuk is an author of two prose books (fairy tales, fables and stories). Nearly 100 literally works were created, also, which is typical, in petty forms. Those are "Keys", published in 1994 and "Shoes" (1996).
B.Bilinchuk's works belong to the ex-president of Ukraine v. A. Yushchenko, former prime-minister of Ukraine Y. V. Tymoshenko, the secratary of state of the USA Hillary Clinton, collectors from Kyiv, Moscow and Australia. He is an author of statuary group "Ukrainian beehive" and "Baden-Baden", which are famous in Ukraine and in the Internet cyberspace.

From 2008 - member of National Unit of Ukranian Artists.

Participated in 85 exhibitions, 15 of which are of republican level, 4 international and 7 personal ones in Lviv and Kyiv.