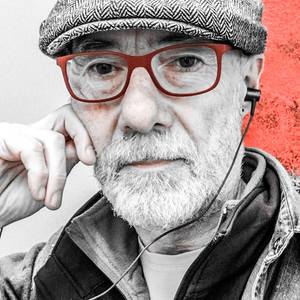 Brian Crawford Young is an expressive painter whose work is influenced by both the colourist and abstract traditions in Scotland.

In 2008 he was in the first group to graduate with honours from Moray School of Art (UHI). In 2013 he received the Ruth Kazman Scholarship to be artist-in-residence at the Vytlacil Campus of the Art Students’ League of New York, and has twice exhibited there.

His paintings are sometimes energetic and sometimes meditative. He describes himself as a ‘perceptualist’ who believes that how paintings look is more important than what they represent, and believes the object (the painting) to be more intrinsically interesting than the subject.

“The American artists Richard Diebenkorn, Milton Avery, Ellsworth Kelly and Sean Scully have shown me that it is possible (and desirable) to achieve a kind of complex simplicity. This oxymoron is something I explore in most of my work: the constant battle between significant form, decoration, simplicity and meaning.”

2004 – 2008
BA Fine Art (Hons). Moray School of Art, UHI.
I was in the first group of graduates for the inaugural year of the honours degree course.

1970-1972
Glasgow College of Printing, School of Photography. College Diploma (Merit) C.G.L.I.
This was the only serious photography course available in Glasgow at the time.