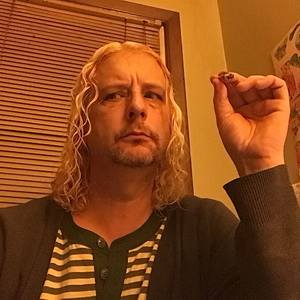 My name is Carl Bowlby and I live in Western MA, The Berkshires, in the USA. I have been painting all my life but not "officially" until I took my first painting course in 1992 at New York University in NYC. I am a single father to a lovely 18-year-old daughter who is my love and inspiration. I hope you enjoy my work and see a place for it in your collection and on your walls! Thank you Saatchi Art and those art lovers who are always the backbone of any artist's ambitions.

I have a B.A. from New York University from which I graduated in 1995 at the Gallatin School of Individualized Study. I studied literature, music, art, of course, and other philosophical/academic related schoolwork. I have studied, briefly, painting at Berkshire Community College, IS183 in Stockbridge, MA and MCLA in North Adams, MA. Additionally, I have spent semesters at Skidmore College in Saratoga Springs, NY (1990-92) and CalArts in Valencia, CA (Fall Semester, 1993).

I have participated in numerous events locally and outside my home state of Massachusetts. An upcoming event is in Williamstown, MA at an event called 'Riverworks' which is an outdoor show near the Hoosic River in Williamstown. Artworks are shown outside, and I've had my paintings hanging on an actual tree! It's fun and it's all a part of the Massachusetts Cultural Council's events. Also, of recent note, 2 of my pieces, "Dioxazine Purple" and "Green Faun" are in a show in Boston, MA opening this Friday, August 5th. In September another of my pieces will be in a show at the Milne Library in Williamstown, MA. After the Milne Library show I've had numerous spots online in literary journals, including "Yellow Chair Review," "Military Experience and the Arts," "The New Engagement," "Talking Writing," and one print photo of my painting in "Camas" a student-run journal out of Missoula, Montana. 2016 was a busy year for me.

I have had many exhibitions and I'm tempted to provide my Curriculum Vitae on request via Dropbox as it is a long one. Suffice to say I was chosen last year as part of a juried exhibition in Northampton, MA as part of their 'Motion-Emotion' exhibit at the Forbes Library in Northampton. I am also part of a group exhibition in Boston, MA opening reception this Friday, August 5th, as part of the group, BLAA, an LGBT-based group of artists. And, in September I will be in a show at the Milne Library in Williamstown, MA. After the Milne Show I have had many publications online in literary journals. They include "Yellow Chair Review," "Military Experience and the Arts," "The New Engagement," "Talking Writing," and one print photo in a literary journal called "Camas" out of Missoula, Montana. An upcoming exhibit is called "Coded" and that will be held in Cambridge, MA at Lesley University in their VanDernoot Gallery in University Hall. That show starts Jan. 31 and goes to March 4, 2017. A great start for a new year!
As an update my art has been turned into “wearable art” on Le Galeriste site, a company out of Montreal, Canada. Their site is: www.art-a-porter.com/carl.bowlby