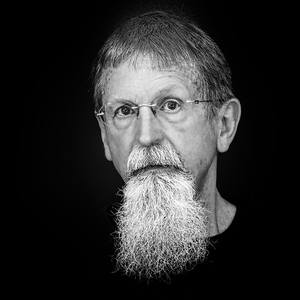 About James A Crawford

Hello Everyone,
Thank you for taking the time to learn something about me. Believe me in this oversaturated e-world, it is an honor of which I am most grateful.
I have left Saatchi because of it's insane policies towards artists. Example, reducing the price on your artwork without informing you..!!!
3-james-crawford.pixels.com

I am very happy to announce That I will be in a group Black and White Photography exhibition along with Charles Christian, Jack McNeal, James Thomas, Karen Peterson, Greg Siragusa, and James Silva. The exhibition is called "En Blanco y Negro" and will take place from Jul 30 - Aug 29, 2019 at The Gallery at Marina Square. 601 Embarcadero. Suite 10. Morro Bay, Calif.
Reception Aug 9, 2019. From 5:00 p.m. - 8:00 p.m. I will be attending.
https://www.facebook.com/GalleryatMarinaSquare/
https://www.instagram.com/galleryatmarinasquare/


Older Date:
I am pleased to announce that my image “Heart Hill” has been chosen for the international juried exhibition “IN PRAISE OF TREES” at PhotoPlace Gallery in Middlebury, Vermont, USA. Juror Kirsten Hoving chose forty photographs for the gallery exhibition, from 1280 photographs submitted. In addition to being in the gallery exhibition, “Heart Hill” will also be available for viewing on the PhotoPlace Gallery website.

The exhibition will be on view at the gallery from August 26th to September 19th. An artist's reception will be held in conjunction with the Middlebury Arts Walk on September 12 from 5:30-7 pm.

My previous work has won a Merit Award in Black and White Magazine 2013 Portfolio Contest. 2 page spread, page 88/89 August 2013 Portfolio Special Edition #98.
Single Image Award in Black and White Magazine 2014 Single Image Contest. Pages 92 & 221 Feb. 2014 Single Image Special Edition #101. Once again I am very pleased to announce that for the third time in a little over a year I am again in Black & White Magazine. The internationally known magazine has honored me with a Portfolio Excellence Award and has featured 7 images in a 4-page spread in the 2014 August issue #104. The spread is on pages 28, 29, 30 and 31. I have also been honored with many other international awards.