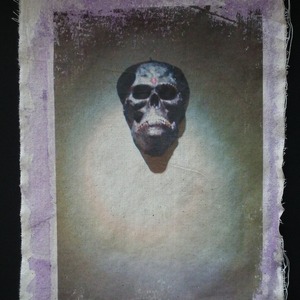 At the age of four, so I am told, I discovered my parents' collection of Charles Addam's hardbound cartoon books - the chronicles of his work for The New Yorker magazine, and starting point for the later television series and motion pictures "˜The Addams Family.'

I read these books over and over and eventually became quite a bore on the subject of Gomez and Morticia and Wednesday and Pugsley, all by the age of six. The imagery and tone, dark and sarcastic, morbid yet socially aware, has had for good or ill an abiding and fundamental impact on my view of life...I am a fencer, though I do not tango...and my work as an artist. It is my lens.

Photography forms the foundation of my work. I love the act of "˜finding the shot', which led me into a 20+ year career in film and television. I was very fortunate to have had the opportunity to study at university under Roman Polanski and Lindsay Anderson, among others, learning the tricks and brilliant insights of their craft.

This, of course, forced upon me the importance of not only the image, but of the story and the telling of it. As a writer as well as an artist, I revere the visual storytelling of Bulgakov and read "˜The Master and Margarita' once a year.

And this is how my work manifests itself: the photograph as the basis for the story, which is elevated and taken to a new reality with the addition of mixed media. A significant part of my work is in black and white, with colour added to enhance or complete the story.

My most significant project to date "˜Re-union' has the subtext of the comment made to me by the significant player in the piece, "Until the war, everything was black and white, there was no colour anywhere, everything was drab." This eight piece series documents the bombing of Dresden in April 1945 in 6ft x 8ft images of actual bomb-sight photographs painted by the artist.

I find great joy in taking strong photographic images and releasing them into new environments through screen printing and transfer prints, as well as using the selected addition of tint or colour to convey the essence of the work.

In July 2011, one of my screen print series of Sid Vicious and Nancy Spungeon was selected for the Central St Martins MA Fine Art Auction, and sold alongside works by Antony Gormley, Raqib Shaw and Mona Hatoum.

All of my work is personal. It is based on my presence, my experiences, my watching, my learning, my listening and my view of the life I have lived and the life that I have known, either directly or through the people who form the world around me.

All of my work is my world through "˜my lens'. And I still have the Charles Addams books.