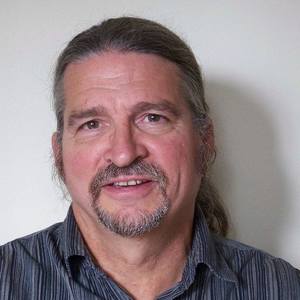 In 2004, Jeff was hired as Artist in Residence at a Technical college in Maine to help in transitioning to a Community college. As part of that effort, he created a traveling video van filled with TV headed dummies and as part of that project IThe artist discovered car parts. At about the same time, he was involved with transportation issues in Maine mostly trying to encourage less car dependent development. So the art project and the political direction led me to use car parts for his art and also changed my creative process.

Jeff rapidly gathered a “library” of parts (thank you, transmission shops) and began turning the creative process backwards. Rather than start with an idea or an image (in the artist's mind), Jeff starts with a part (or several parts) and lets them lead him to a finished piece; he works through response rather than planning.

Between 2004 and 2009, He concentrated on large abstract pieces dictated by response and had many solo and group shows in New England featuring these pieces. Between 2009 and 2012, I Jeff moved to upstate NY ( waiting for entry into Canada) and was forced to work 2-dimensionally since his studio space was limited. Still using the response process, he created large canvases based on car parts and car infrastructure. After moving to Canada, Jeff returned to sculpture, focusing on masks. Wanting to explore using art as an educational medium, He created large (6 foot by 6-12 foot) tapestries that contained images and/or text that reflected Jeff's concerns with our transportation choices. Solo and group shows since moving to Canada have featured masks, paintings, earlier large sculptural pieces and the tapestries.