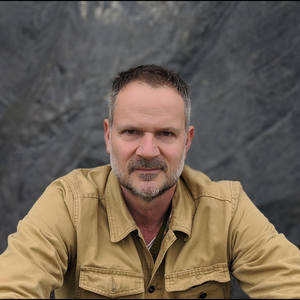 “We all live in the world as we imagine it, as we create it.” Andrei Tarkovsky / Nostalghia.
When it comes to creative play, there are two types of children. Those who build structures, be they complex towers in their minds or structures with Meccano, and those who build stories; not that the two are mutually exclusive but in play they often polarise. The child’s theatre, a cardboard interior often made in the form of a pop-up book, becomes the ultimate non-architectural space. It is all innards and no architectonic structure. It is all dress and no frame, whilst the Meccano tower is the essence of rationalised integrity with little space for humanity. This of course is an unacceptable dichotomy. Etienne Clément’s intensely alluring but deviously complex works weave these two types of play together. The formal drama of architecture abuts the personal and political allegories of his play-mobile-esque narratives. They jar, when Clément wants them to and then merge in a tricksy fashion when he wants to entice the viewer into closer communion.
Clément is a ‘storysmith’. Ingredients for his narratives are both fact and fiction. It allows him to make up stories, to ‘start’ legends in any particular place he chooses.
He builds up stories combining either solid and verified historical events or mythological/biblical themes and outright pure invention. The outcome, a new story where the fact/fiction boundaries are blurred.
His works investigate the legendary, creating narratives that are never being entirely believed by the viewer, but also never being resolutely doubted. They examine the suspended state of uncertainty.
Visually they displace the viewer, disrupting their perception of ‘real’ or ‘unreal’, ‘staged’ or ‘un-staged’. His theatres become a place to freely construct, a site for play and an area of experimentation. His carefully constructed tableaux provide selective reference points to the real world, making it increasingly difficult for viewers to understand their position within that world and thus creating a displaced sense of certainty.
Miniature figures inhabit Clément’s tableaux. Most are plastic, the sexiness of plastic mixing with its pathetic ephemerality. However, once the figures are enlarged and taken from their symbolic, generic meaningless and given their place at the centre of the melodrama, a change takes place. From their mass produced absurdity, via the depth of their surface, emerges a certain profundity. Acting as touchstones for contemporary desire, the figurines in Clément’s works invite you to question the hierarchy of truth that is placed on all narratives, objects and places.
More recently, Clément has been looking into presenting his work as tableau vivant using performers to re-enact his miniature sets narratives.

Clément’s work has been widely exhibited in the UK, at BALTIC Centre for Contemporary Art, Gateshead, in the Jerwood Space, at Bloomberg’s ArtFutures, the Architectural Association, the RIBA Gallery, the Geffrye Museum and the V&A Museum of Childhood in London. He also has exhibited at Magda Danysz Gallery in Paris.
He has shown work at the Printmakers Gallery Edinburgh alongside the likes of the Chapman Brothers, Damien Hirst and Andy Warhol.
Etienne Clément was born in Paris and studied at La Sorbonne and l’Ecole du Louvre. He was a prize winner in the European Architectural Photographer of the Year 1997.
He is an artist member of the Contemporary Art Society (CAS). He lives and works in London.

Watch A Video About Etienne Clément