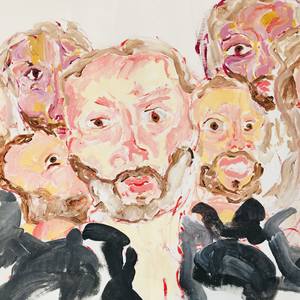 University Education:
He studied in different faculties like Jurisprudence, Dams, Philosophy and he has a degree in Educational Science, synthesizing the various studies through a thesis on pedagogy in relation with child psychoanalysis.

Artistic Education:
He studied in New York and Turin; he graduated as a performer at the Lee Strasberg Institute in NY, where he also worked as a researcher. He completed a Master in performance and research at the Michael Chekov technique studio in NY. Also, he studied pictorial and drawing the Pictor Academy in Turin.

Extended Education:
He has also studied psychoanalysis on seminary at the Freudian Institute and the Ipol Antenna of Lacanian psychoanalysis, in Milan and Turin. It carries out for three years a seminar on analysis and criticism on the human psyche; he worked also in a team of psychologists and psychiatrists in a therapeutic community, where he could do research about process and art.