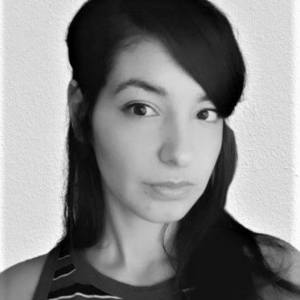 Frances Sousa's work focuses on the relationship between medium and form. Her practice explores combinations of paint, photography, collage and textiles. Her designs are colourful and avant-garde, disorderly and ethereal. Her work has been exhibited in Toronto, Brooklyn, Los Angeles and San Francisco.