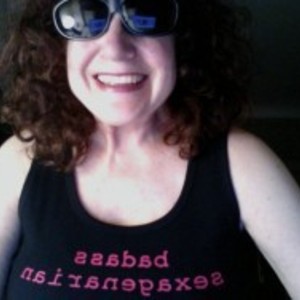 I am an artist interested in social and political issues living in NYC and NJ. In 2003, shortly after the onset of the Iraq War, Grace Graupe-Pillard began working on a series of paintings and photographs entitled DISPLACED and INTERVENTIONS focusing on the horror and human cost of wars being fought in far-off places.

Another series The photographs depict images of soldiers, car-bombings, ruins, explosions, and refugees, which are digitally embedded into the familiar streets and parks of New York City, Baltimore and the New Jersey wetlands. Using the computer and digital filters, the implanted imagery often borders on the abstract, with heightened color and kaleidoscopic patterns portraying the ordinariness of our everyday reality blown apart. INTERVENTIONS attempts to make visually evident the ongoing tragic repercussions of war in our own backyard, as well as the equally powerful manipulation of the electorate through the politics of fear.
In a world where terrorism, and cultural upheaval have dominated the news headlines, these paintings focus on the devastating effect of war and its impact on the civilian population. Entitled DISPLACED, this series correlates the displacement of civilians in war-torn countries with a visual disintegration of form, evident in both the creative process and in the final painted product. In each painting, the chaos of cultural disintegration is symbolized by the fragmentation of the picture plane. With repeated editing, I appropriate images from journalistic sources, blowing apart the reality of the photograph so that the final result is distilled and disintegrated from its original context, and reduced into unpredictably flatly colored eccentric shapes further emphasizing the fragmentation of form and removal from its original source. The process of translating these manipulated images into oil paintings involves a change in scale, color and texture, portraying a seductive beauty that reflects the political "sanitization" of the horrors of war.
In 2009 I began a series of DESECRATED LANDSCAPES

Landscapes that have been desecrated by war and violence, but still retain their majestic beauty. The fissures and cracks are not always visible, but their history is embedded in the roots and ancestry of the land.

"Wars have always been fought over pieces of terrain that become obsolete,...Hamburger Hill, Dunkirk, Gettysburg - at the end of the day none of that terrain really mattered after it was done. But many men fought and died there just the same. It's the story of war."
Sebastian Junger, Director of documentary film "Restrepo" 6/20/10, NY Times.
For the past few years I have been working on a series entitled "Grace Delving Into Art". I travel the world to explore historical works of art - and my presence often changes the "meaning" of these historical and contemporary masterpieces.

Graupe-Pillard has been the recipient of many grants, including three from The NJ State Council on the Arts,and one from The National Endowment for the Arts. She has received public art commissions from Shearson Lehman American Express, At&T, Peat Marwick, Wonder Woman Wall at The Port Authority Bus Terminal in NYC, Robert Wood Johnson Hospital, New Brunswick, NJ, and“Celebrating Orange” commissioned for the City of Orange, NJ. Public art projects also include commissions from NJ Transit for their new Hudson Bergen Light Rail Transit System at Garfield
Station in Jersey City, and 2nd Street Station in Hoboken installed in 2004, as well as an artwork for NJ Transit’s Aberdeen-Matawan Station in Aberdeen, NJ.

Grace Graupe-Pillard’s work has been written about in The Village Voice, The NY Times, Art News, The Star Ledger, The New Art Examiner, Newsday, Flash Art, Art Forum, and Art in America as well as many on-line publications.
From l993-l995, Ms. Graupe-Pillard was appointed a Visual Arts Panelist for The NY State Council On the Arts jurying grant proposals for non—profit spaces in NY. In l995, she was chosen to serve on NJ Transit’s Transit Arts Committee developing a “Master Plan” that set forth guidelines and approaches for the inclusion of art in their new Hudson-Bergen Light Rail Transit System. She also served as one of the Design Team Leaders for three of the stations. In l998 Ms. Graupe-Pillard was asked to be on the
Design team for the planning of artwork to be placed in the Hoboken 2nd St. Station.

From 2003-2010, Ms. Graupe-Pillard was the Coordinator of The Edwin Austin Abbey Mural Workshop – a fellowship program at The National Academy Museum and Art School in NYC preparing selected participants to compete for public art commissions.
LINKS
WEBSITES:
http://ggp.NeoImages.net
http://www.hammergallery.com/Artists/GraupePillard/graupepillard.htm