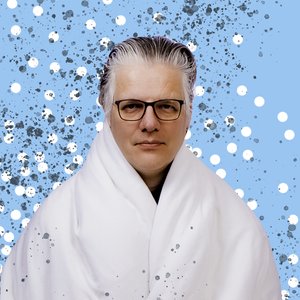 Arjan Winkelaar is an self educated artist from Alkmaar, The Netherlands. There was a moment in time where he thought about attending Art school, only to decide he rather helped people with psychological troubles and embarked on a study in social work. Between this study and the odd jobs following on his graduation he remained true to his fondness to the Arts. He kept on drawing, painting and on occasions make little sculptures. After some experiments with paint and brushes he felt his skills were better equipped in drawing and lost his heart in this medium.

His works revolve round nature, the way humankind treads trough nature like he/she is the omnipresence without regarding the fact that the only God in nature, nature itself is. Sometime the work is more mundane and just deals with the cycle of life and death all living things go through. But always there is a hint of God and nature to be seen in his work. It's about living in a world were people try to make a living in a place where there is no respect for nature or the way it evolves around us.

Arjan Winkelaar like to call his drawings his way of seeing the world through a darkened window and the feeling of being born between shards of glass and the remainders of dust.

23 may 2018: Start of the project 'Every day the same drawing' as an investigation in the working of evolution through drawing.