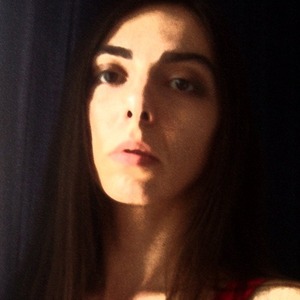 Irena Bijelich Gorenjak (1972, Belgrade, Serbia) makes paintings and mixed media artworks.By applying abstraction, Bijelich tries to approach a wide scale of subjects in a multi-layered way by using a large number of materials sand, stone, plaster, zeolite, earth, pigment, paper, canvas, acrylic, oil...She likes to involve the viewer in a way that is sometimes physical and believes in the idea of function following form in a work.
Her paintings directly respond to the surrounding environment and uses experiences from the artist as a starting point.Often these are framed instances that would go unnoticed in their original context like hole, crater, circle, cracks, cleft...By exploring the concept of landscape in a nostalgic way, she creates intense personal moments masterfully created by means of rules and omissions, acceptance and refusal, luring the viewer round and round in circles.
Her works establish a link between the landscape’s reality and that imagined by its conceiver.These works focus on concrete questions that determine our existence.With a conceptual approach, she investigates the dynamics of landscape, including the manipulation of its effects and the limits of spectacle based on our assumptions of what landscape means to us.Rather than presenting a factual reality, an illusion is fabricated to conjure the realms of our imagination.
Her works doesn’t reference recognisable form.The results are deconstructed to the extent that meaning is shifted and possible interpretation becomes multifaceted.By rejecting an objective truth and global cultural narratives, she creates with daily, recognizable elements, an unprecedented situation in which the viewer is confronted with the conditioning of his own perception and has to reconsider his biased position.
Her work urge us to renegotiate painting as being part of a reactive or – at times – autistic medium, commenting on oppressing themes in our contemporary society.