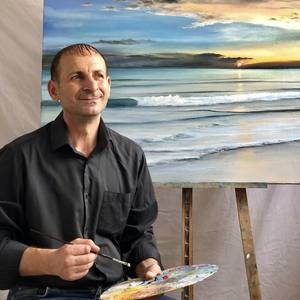 Aflatun Israilov is a promising self-taught seascape and landscape painter from Azerbaijan, who started his professional career only 5 years ago.
⠀

2019 September Exhibition at the EMBASSY OF ARGENTINA IN AZERBAIJAN, BAKU AZERBAIJAN

2016 25 January – 15 February “I can see the world” Exhibition at the Union of Russian artists, MOSCOW, RUSSIA – prize winner