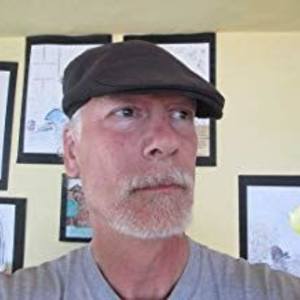 Jim Killon is an American born humanitarian, author and accidental artist living in the Andean mountains of Peru since 2009. When he first arrived in Peru he did not speak Spanish so his NGO for disadvantaged children, called Changes for New Hope, became a series of multimedia art projects to express themselves.
To lift the self esteem of the children he asked a local museum to exhibit their artwork as well as his own. Since that first exhibition he has exhibited in eight more venues, five of which were national museums.
"It all began just because it was the only way I could communicate to the Peruvian kids and their families. Obviously, the more you practice the better you will become. So now, I try a variety of new things using clay, watercolor, collage, pen and ink, colored pencils, paper mache, photography and found objects to create artwork. I really enjoy doing it so if people see it and feel somehow inspired and if it makes the world a little happier place, well, that is a beautiful thing, isn't it?"

Try not to hate me when I tell you I am completely self taught. Trial and error, if it looks like utter crap then it is "abstract or modern art" In one of my first exhibitions the director asked me to fill a huge gallery. I pulled out stuff I was going to burn because I was embarrassed how terrible it was but I had a gallery to fill. I framed it and displayed it. I saw people taking selfies of themselves with it and asked it they could buy it. I guess Andy Warhol was right, "Art is whatever you can get away with." In time I got better and I will always continue to find new ways to inspire and touch the conciousness of our worldwide human family.