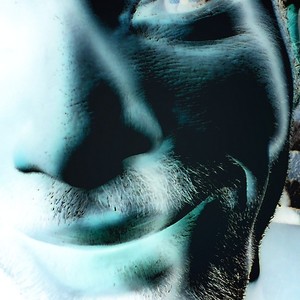 ABOUT JOHN PATRICK: Born on the day of the week and the day of the year that we, of ancient or modern times, honor those who have passed. John Patrick dedicates his debut to those who came before him and who played a hand in that which he is and, more importantly, in that which he is not. To You, he gives his most sincere gratitude and is honored to have received your unconditional love, unwavering support and protection, and your great wealth of akashic record. By this, he is able to begin that much futher ahead blazing new trails and taking great joy in all that life has to offer, the good AND the could-be-gooder ;) knowing that there isn't much sense in coincidence, but rather a greater sense of self-awareness thru syncrhonicity with all that is, was or ever will be. His mind, body and spirit overflow with love and compassion which will most certainly be felt by all around, near or far. His renewed sense of faith, thru your guidance, has led him to a new voice; a voice which existed within him always because there was You. "I do, I undo, I redo." -L. BourgeoisSince childhood, John Patrick has long been a lover and creator of art in all of its forms. With his promiscuous intellect and curiosity, he constantly takes great pleasure in learning new things. At this age, having had an exceptionally well-rounded life thus far, John Patrick prefers minimal guidance or instruction with regards to newly learned techniques in drawing, painting, throwing, jewelery making, sculpting, photography, music, interior and exterior design, faux finishing, culinary arts, etc.. His ever-creative mind, sometimes warped but always (hopefully) rational and logical crash and collide with the passion/com- in his heart thereby producing admired works of art thru much trial and error. Along the way, he discovers his own style and techniques that, in all probabilities, would cause many of "the greats" to roll over in their graves! It is photography that catches John Patrick's eye; a love evermore. This love-affair most certainly pleases that of his long-time love from childhood: from monochromatic palettes to that deep, colorful and rich; reflected and/or refracted light thru crystals, colored glass or water droplets; high-contrast displaying the brightest whites and seemingly endless and most acute cast of dark shadow; detailing from simple, geometric repetition to the "just-over-the-top-gawdy" to atherial abstracts.Because of John Patrick's varied subject matter, his photogaphy draws the attention of many. Indeed, a few many more take a second-glance when they learn that all his works are procured not thru the most expensive or highest of quality in digital cameras on the market. No! These bits of art come to you via his 2.0 megapixel camera on, of all things, his cell phone. Those that pass by, uninterested by subject matter or unimpressed by the "tools" he employs, more often than not, give their approval, at last, when they learn that aside from an occasional crop or a rare rotation, all of John Patrick's displayed works are virtually untouched and unedited.Whether thru subject matter, technique, or novelty, John Patrick's work truly appeals to a majority, in one sense or another. He hopes that yours are not so undifferent.

Future Shows: The "ii"s Have It

And what of its inhabitants,
Creatures great and small?
Will all of man, then,
Finally see "i" to "i"?

Unconditional Love?
Do unto others...?
Every life: Priceless?
Must we wait 'till then?

Now is the time
to practice...
NO! MASTER selflessness by
LOVING UNCONDITIONALLY
FOR LOVE IS THE ONLY TRUTH -
Capital "T", Truth Universal.

The "ii"s have it
Take a look and see.
I, he, she has it.
Have a look into your own eyes
Have you got it?
Please tell me you do.