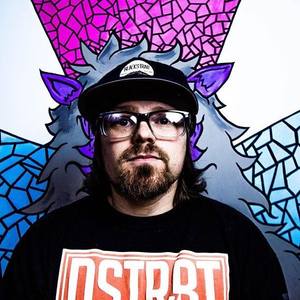 His name is Randy Jones, but he's better known in the art world as JonezyArtwork.
He has been creating artwork since the 1990's and started exhibiting his work in galleries all over the world in early 2004. To date, JonezyArtwork has sold over 700+ paintings worldwide. He is self taught, growing up with many great influences and working each year to perfect his own unique style. He uses a steady hand and precise techniques to create these paintings. JonezyArtwork refers to his style as a mix between Cartoon and Urban. Every single painting created is an original, one of a kind piece of art. He strongly believes that each painting should be unique, making every piece extra special for art collectors/art owner. No one in the world will have the same piece of artwork if you own a JonezyArtwork masterpiece.

May 22, 2018- LIVE PAINTING WITH MUSICIAN
TY CURTIS at PGN Lodge

May 17th 2018 Painting live on tv with CCTV
(episode 1 of SLAM) hosted by THATKIDCRY
(Salem,OR)

June 2018- Live painting at Carousel(Salem, OR)

July 15, 2018- Hosted a music video at my Gallery Lower Division, Rapper known as 'Gift of Gab' made a music video with all my artwork featured in the background.(Salem, OR)

August 4, 2018- Painted live on stage with TY CURTIS
at Crawfish Fest(Tualatin, OR)