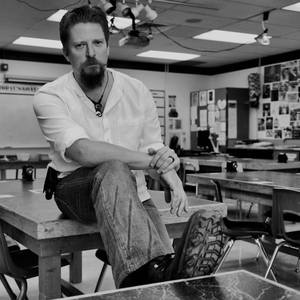 Biography
Jordan Christopher Brun was born in Warren, MI and has lived in both the Midwest and the Western United States. He began working as a freelance Visual Artist with a commission for a local entrepeneurs' association after his illustrations and 3D work won some high school awards in his hometown of Northville, MI.

After graduating from Michigan State University with a BFA in Art Education and a minor in Visual Arts, he continued to develop a variety of styles with various media while teaching at the Plymouth Canton Educational Park, an educational campus of over 6,000 high school students where he taught various 2D design programs including Foundations, Painting, Drawing, Mixed Media and Photography.

Jordan earned his Master's in Art Education from Eastern Michigan University and stayed in Michigan for a few more years, working on a number of independent films and community projects as an Art Director and Artist.

In 2012, Jordan moved to Utah, where he continues to teach in both Secondary and Higher Education. He is a collaborator of Authors, regularly displays his work in galleries, and completes numerous freelance pieces while donating a number of his works to charitable causes and benefits.