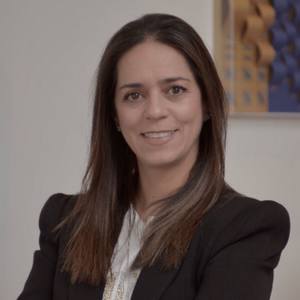 Juliana Bernal Jaramillo, visual artist. She began her Industrial Design studies at the Universidad de los Andes in Bogota (Colombia) and finished at the Instituto Europeo di Design in Madrid (Spain). From an early age she felt the need to express herself creatively, Juliana found different materials like metal acrylic and paperboard with these materials she starts 3D experiments.
Liliana Jaramillo, her mother was textile weaver and the most influencer person on this road. Since her childhood years, she spent hours in her mother's workshop playing and watching how through repetitions and sequences a thread was converted into meters and meters of fabrics and tapestries made on manual looms and with natural fibers.
These first experiences are the connection between her later work and the influence of the great Colombian artist Olga de Amaral who for decades has elaborated amazing structures through play with textiles or Edgar Negret whose sculptures are made with a personal point of view.
Some viewers can find similitude with the 3D pieces from Venezuelan artist Jesús Rafael Soto (R.I.P). Juliana´s newest works of art and Soto pose a game of perspectives that introduce the audience to a kinetic sensation.
Juliana was introduced to the adventure of paper art as a consequence of her early process in her childhood workshop but also as a result of her own experience with her son. She practiced different techniques and materials with him who helped him with his concentration because of his high IQ made him extremely anxious. What began as family therapy became Juliana's vehicle for artistic expression. She immersed herself in the geometric possibilities of paper and found her own language there.
“My son was born in a square world. I always believed in unbreakable routines. At established schedules with structured activities. Over time and thanks to the work we did, we forced ourselves to out of the box realizing that these routines could change without the world collapsing. I discovered that human beings get used to variations and adapt to changes because we need to move on ”. - Juliana
Juliana's first geometric sculptures are made up of angled figures, peaks and vertices that repeated modularly that summon the routine, the repetitive and the everyday but which manages to take the viewer out of the predictable sequences.
“My artwork is clearly marked by languages ​​that at first seem different but which are saying the same thing and are speaking to each other. The handling of paper and the different techniques that I use tell who I am: in principle a structured woman accustomed to daily routines but who has achieved movement, fluidity and evolution”.

The last series ‘Nidos’ it is where it symbolizes the emotional journey through awareness and understanding of motherhood, the creation of life not only with a biological sense but also with motherhood as a cultural process of nurturing, socialization and that inseparable bond between mothers and sons. It is her interest as a mother and an artist to demonstrate the relevance of the mother figure at the beginning of human life. Motherhood as a primordial essence based on the internal growth of the individual and humanity.
Nests are conceived by the artist as visual chromatic structures that represent notions of security, shelter, satisfaction of comfort.
In response to this, they are her proposal towards another way of representing the ideal of motherhood and that emotional union between mother and child, father and son, grandparents and grandchildren. In summary, it is that unbreakable bond between the emotional relationships of human beings.
Juliana Bernal's artistic proposal has toured important stages of the national and world circuits, and has obtained valuable awards. She has exhibited individually and collectively in galleries, fairs and auctions in Bogotá, Miami, New York, London and Tokyo.


-ARTROOMS AWARDS, one of the winners of the 'Artrooms Awards London 2019'.


ARTROOMS International Contemporary Award for Independent Artists, is a London-based contest dedicated to highlighting and promoting the most innovative and talented emerging artists from all corners of the world, selected by a panel of eminent experts, curators, critics and notable characters from art world. @artroomfairs