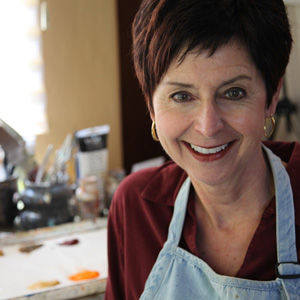 After losing our home to a wildfire in 2008, and then buying a home with a beautiful garden, I realized that my interests in geology and the natural world are really about the inevitability of change. Geology is the study of how the earth uplifts and erodes, and plants evolve every day. These processes are the inspiration for my paintings. The fire taught me about change, and to appreciate beauty in life when you have it.

September – November, 2007: Artists of Step One at Meisel Gallery of Art, Santa Barbara.