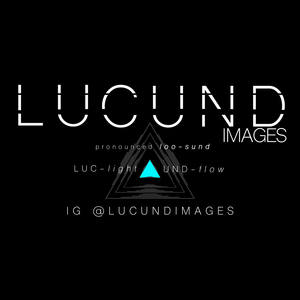 At an early age photography was not interesting to me, my father would take me to the dark room but it was not captivating. Early in life my creative attention was focused on music, however this would wane in my late teens. As is common in your early 20’s I was searching for my identity and looking for some way to express the creative drive surging in me with no outlet for escape. During a trip to a spot I had frequented throughout my childhood it became clear as to where my creative path should head. The next two years were spent attaining an AA in commercial photography at Randolph Community College in North Carolina.

A move to Dallas, Tx followed shortly after graduation with offers of work from internships. For the next two years I assisted and did some shooting for various clients in Dallas, mainly in catalog and advertising. It was a learning experience and a key to my technical development as an artist.

Upon taking a trip out west a desire was sparked, an unending yearning to live in the west tugged and would win. The next 3 years were spent in Phoenix where tough times were met with modest gains and opportunities for regional shooting. I learned just how difficult it can be when moving with a career like commercial photography to a smaller market. It also opened my eyes to how important personal relationships with clients are and how often that was the deciding factor between getting a gig or not.

Seeking a bigger market and the realization of a dream the next move was to San Francisco. This change created a growing client list with everything seemingly going in what I though was the right direction. However on May 5th 2011 tragedy appeared to strike, I was hit by a car as I was riding my mountain bike coming home from the studio. What at the time seemed unfair and ruined numerous client relationships was the catalyst for defining and realizing my true purpose.

After spending a week in the hospital and two months in a wheelchair, I was given the green light by my doctor to start walking again. A life full of dealing with other broken bones had prepared me for the rigors of self-physical rehabilitation. As arduous as it was at times, the immense gratitude and love I had for not being paralyzed or dead from an accident I had less than a 5% chance of surviving and less than a 1% chance of escaping paralysis made the recovery a joyful process.

Throughout my healing I had ample time to think and ponder about life and the direction mine was going. It became apparent that I was no longer passionate about commercial photography as I once had been. My initial draw to this medium was the fine art aspect of it, which is becoming more rare today in the world of commercial photography. This realization and the obviousness of the message of getting hit by a car resulted in the pondering of other possibilities.

A simple bumper sticker that said ‘LIVE ART’ was the final component, these two simple words resonated in a powerful way. They provided an answer to everything we were looking for that lead us to sell most of what we owned, buy a small trailer to live out of and hit the road with our critters. Letting go and living art allowed this answer to begin multiplying and has not stopped since. In the process providing a plethora of inspirations, insights, amazing people, experiences and eventually finding home in Big Sur.

As is common for artists certain sacrifices must be made in the quest to manifest your desired reality and to allow your vision to blossom. However you realize these sacrifices are the very lessons that allow for further inspiration and are fuel for the road you are traveling.

As a human I do not seek to only provide beauty or a common message, I want to expand the viewers mind and pass on knowledge given to me.