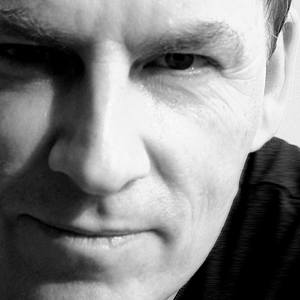 Born in Germany.
Got his first camera, a Kodak Instamatic, on his 6th birthday from his parents. Ever since, he has been hooked on photography. Even while pursuing his studies of Art History and Literature, his true passion has always been the creative process itself -- the actual making of an artwork, instead of only writing or discussing about it.
After his student years in France and California, he relocated to Berlin in the early 1990ies, right after the fall of the Berlin Wall. A few years later, he returned to California before moving back to Berlin in 2004. Between 2009 and 2013 working and living in Hong Kong. From there moving on to the south of France. Currently living in Germany with his wife Sarah, a painter, and their son Nikolas.

Studied Art History + Literature in Aix-en-Provence (France), at the Université de Sorbonne (Paris) and at the University of California, San Diego (U.C.S.D).
Graduated with an M.A. from the Sorbonne and with a Ph.D. from U.C.S.D.

Countless solo and group shows on three continents. Among them exhibitions at the Arts Center Berlin, the LUMAS gallery New York and the art gallery of the Goethe Institut Hong Kong.