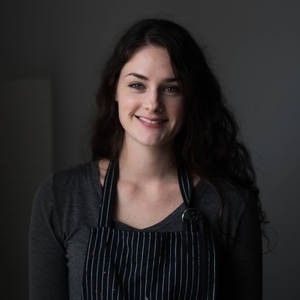 Megan is a painter based in Ontario, Canada whose broad, mixed media approach to art-making is rooted in traditional techniques. Oil and acrylic paints, photography and image transfers, collage, drawing, writing, and digital production are regular aspects in her artistic practice. Megan was selected to participate in OCADU's Florence Program, so she completed the final year of her BFA in Florence, Italy. While abroad, Meg worked from small family photographs to produce portraits in acrylic and oil in sizes ranging from 12 x 20” up to 7 feet in length. That year also sparked a deeper interest in abstract landscapes. Today, portraiture, landscape, still life and expressionistic abstraction are all represented in her ongoing production.