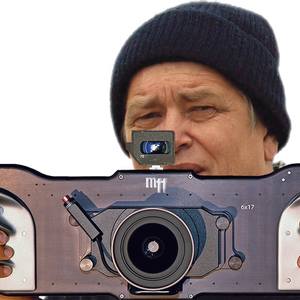 About Sergey Melnikoff aka MFF

"Art washes away from the soul the dust of everyday life.” ~ Picasso /

Here, The Soul of Ukraine International Foundation presents works of art created by one of the best photographers working in the world today; exclusive works of art by MFF during his 40-year experience of shooting in 153 countries around the world. We do this with the permission of the artist, who opened this account.

The spirituality in MFF’s photographs transcends his personalized Fuji equipment and its ability to capture natural light and what it can reveal. There is an ineffable element in MFF’s artwork, a quality of secrecy and mystery which can also be revealed in one's heart, so that, when viewing his creative canvases, we can find the spiritual in ourselves as well.

Each one of MFF's works of art is extremely large, created using ultra-HD Printing on Acrylic Glass, and ready to hang on the wall. There is strictly no Photoshopping in MFF's photos; spiritual pictures for your well-being!

Dr. Sergey Melnikoff, a.k.a. MFF, is a National Hero of the Republic of Ichkeria and an American photographic artist with Ukrainian Cossack roots; a former GULAG death-row political prisoner, who escaped from the Soviet Union with his wife and one-year-old daughter, and who was granted asylum in the USA through the personal verdict of President Ronald Reagan.

Visa Corporate promotes the work of MFF, placing his beautiful photographs on plastic credit cards from the banks of different countries. The first of these banks, the Daewoo Bank of South Korea, chose the photo named "Sunset On The Yellow Sea."

MFF is the world's only photographic artist ever to be awarded an Order for his work. In 2014, Sergey was granted the Order of St. Volodimir Equal-to-the-Apostles by the Patriarch of the Ukrainian Orthodox Church, His Holiness Filaret.

In 2008, for the arranged global exhibition "The Chronicles of Hell," and for his personal information war against the Russian occupation of the Caucasus, Sergey Melnikoff was awarded the highest order of the Chechen Republic of Ichkeria, "Hero of the Nation."

“It is with great pleasure that I present the visitors a collection of high-resolution photos from all over the world. Let the breathtaking views of nature decorate a wall on your home.” ~ MFF

All photos posted on the Saatchi Art web resource are made out of ultra-HD Printing on Acrylic Glass with the latest-available technology. This is the newest and most expensive museum technology that can preserve photographic works of art for centuries.

MFF’s photographs are unique because each one is individually created. As in nature, no two scenes are alike. Every image is produced using an ultra-high resolution transparency. This process gives each photo the best reproductive quality available.

Although the source’s image quality is good enough to begin with, the ultra-HD Photo Print remains in precise detail – even in large formats and when viewed up close. This particular development has resulted in completely realistic images that can rival the naked eye, as well as the retina's ability to focus visual information into a single range. To obtain the most spectacular results in photography, MFF uses the following components:

* The best film cameras in the world. A panoramic Fuji GX camera produces a transparence film 6 x 17 cm in size.
* A unique optic. Some camera lenses are made according to individual orders from the Japanese company Fujifilm.
* Photofilm development in its own laboratory.
* Laser ultra-HD film scanning on a large drum scanner.

MFF achieves this level of realism through a combination of state-of-the-art technology and excellent image optimization software that analyzes images and refines image files specifically for this process. In an ultra-HD Photo Print under acrylic glass, contours and details are more accurately depicted.

This new exposure method uses a solid state laser. The consistent distance between the laser and paper ensures the highest quality throughout the entire picture. The special branded paper remains perfectly flat during exposure. Most of the images are processed with image optimization software to withhold the exposure. Even extreme lighting conditions can be accurately reproduced in an ultra-HD Photo Print under acrylic glass. Very bright and dark areas are highly differentiated. With higher dynamic ranges and increased maximum densities, the colors in your ultra-HD Photo Prints under acrylic glass appear more intense, and the contrasts seem greater, than they do in conventional photo prints. The consistency of the new production process also entirely eliminates discrepancies when re-ordering. Strong contrasts and amazingly vivid colors. Increased dynamic ranges for precise light gradations. Consistency in production conditions optimizes uniformity of repeated exposures.

“I, Sergey Melnikoff, hereby kindly request the Saatchi Art Company to transfer all the proceeds from the sale of my art works to the account of the Soul of Ukraine Foundation, Inc., as a charity donation.”

Wonders of the World
The MFF International Photography Exhibits are shown in dimly lit, open-spaced rooms, where subtle lighting reveals the images' intricate details. The pictures are hung in a special format. Because the canvases are so large, it is difficult to believe that they are framed photographs. It is as if nature herself has scattered her fairy-tale images along the exhibition's walls. This palpable ambience is representative of MFF’s art.