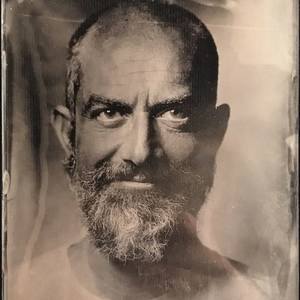 I took my first picture in 1984 and became full time professional photographer in 1992. Throughout the years I could make a wide range of experiences in the fields of commercial photography and photojournalism, as well as in the school system with my own courses and, later on, with my own school of photography.
How did it all started? I was introduced to darkroom by photographer Attilio Di Bacco, an expert photographer of my town and, above all, a master darkroom printer. Attilio taught me all the photography tricks and trade secrets so I began my journey into the world of black and white photography.
Throughout the nineties and the first years 2000 decade, while I was studying biology at the University of Florence, I began working with a commercial photography studio. My work for the studio would help me to become an expert in all professional photographic techniques. In the same years I was carrying out documentary photography.
In 1996 I completed my most important reportage of the times: Albania’s Albanians. Later retitled ‘Albania Felix’ by ‘Sette’ magazine Italy’s first photo-editor Amilcare Ponchielli, it was acclaimed for being the first photo essay on Albania that showed the human side of the country. My Albania, a poor, yet happy country, ‘normal’ in its being different from our culture, went against the trends of photojournalism. Indeed, unlike the most hit photojournalistic subjects such as sad and dirty faces of street children, the despair of the poor and urban neglect, I regarded my subjects with impartial eyes. I was able to go beyond preconceived ideas and stereotypes and thus capture an unexpected reality.
A testament to the effectiveness of such an approach to photojournalism came from Giovanna Calvenzi’s assessment, the photo-editor of Lo Specchio magazine and currently one of the top photo-editor in the world: ‘I see you are not a talker. You are not like your colleagues who go on and on about the stories behind their photos… - I replied: – If I had wanted to talk, I would have become a lawyer. I believe a good picture should speak on its own.’ - She bought my photo essay and I got my first commission with her.
My photographs have been featured and republished in all Italian newspapers and magazines. They have also been featured in numerous magazines in the world. My series of photographs of Kosovo has been critically acclaimed worldwide for their originality.
In the first decade of the XXI century, I started working as a photography teacher also. The success of my photography courses led me to the position of supervisor at the Department of Photography of the Lorenzo de’ Medici school, a prestigious American university campus in Florence, where I taught photography for six years.
In 2002 I founded and directed my own photography school in Florence ‘TheDarkroom’ which would later become a well-known international school of professional photography and multimedia.
I have been published and published a lot on my own over the years, including two books, "La Dolce Vita Made in Germany" and "Goodbye Sweet Home", and a number zero of a magazine called Camera Work by TheDarkroom.
I had a number of exhibitions in Italy and around Europe.
Today I work mainly in the field of the arts, with my own projects on alternative photographic techniques such as wet plate collodion, salt paper printing and so on, up to silver gelatine printing. I quitted with digital photography because I dislike computers... and love darkroom!

It's hard to keep every platform up to date with what you do, right? So, please don't mind if I ask you to check my website at michelepero.it for to stay tuned with all my current and past events, exhibitions, works, projects and so on. Thank you!