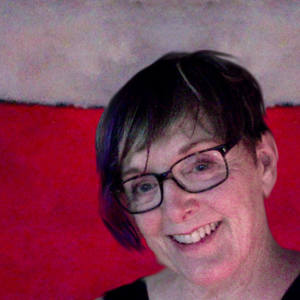 I was once traveling with a close friend, photographing everything in sight, as any tourist does. I asked him, "Don't you want to take any photos?" He answered, "I like to remember things in my own way." What a profound statement - and one that I take seriously when I paint. My art is about remembering things . . . in my own way . . . and "disremembering" everything else.

A native of Fort Worth, Texas, my artistic career began at an early age when I began painting with my mother on Sunday afternoons. Surrounded by art books, paintings and sculpture at home, I always knew I wanted to be a painter.

I attended Texas Christian University, University of Texas, Indiana University and East Tennessee State University, where I studied languages and received advanced degrees in French, Slavic Linguistics, and Early Childhood Education and took “a few art classes along the way”. After completing my degrees, I began a formal study of art at University of West Georgia in Carrollton. I have studied with Charles Reid, Tom Powers, Everett Kinsler, Anne Emerson Hall, Laura Lanford, David Boyd and James Richards.

I am a member of the Cultural Arts Council of Douglasville, the Atlanta Artists Center, South Cobb Arts Alliance and my work regularly appears in juried art exhibitions throughout the Southern region of the United States. I currently teach acrylic painting in Carrollton, GA, and enjoy working as often as I can in my studio..