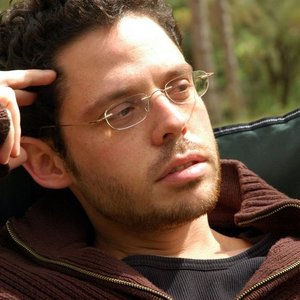 Light came and went away, and came back again - Nir Mazliah

The new series of paintings by Nir Mazliah is directed at phrasing a riddle-like mechanism, enrobed with an intellectual appeal (or charm) witty and tempting. The series deal with a disrupted order, catches a prosaic moment and blurs the boundaries between reality and fiction, between the real world and a suggested, new, imagined world order.

These art works describe and examine the relationship between Man and his landscape and nature. The Pantheistic belief states that God is present in everything and God and nature are one and the same entities. According to the philosopher Hegel the cosmos does not exist outside of God.

Nir Mazliah aspires to a new ideal, and a new infrastructure for sanctity, one of a personal nature, which melts the internal and external worlds, building a bridge in between. In the center of Mazliah's universe, there's a world rotating between myth and narrative. The situations are dreamlike and raise questions about the place of man, the role of Nature, and their validity. Their relationship enables an inner contemplation and expresses hidden emotions. In his novel, "The Lost Boy" Thomas Wolf wrote: "light came and went away, and came back again". One moment it vigorously illuminates a fragment of a memory of an incident, and at another it blinds your eyes and blocks your look: "and thus after all has finished, I knew that all was lost". Mazliah identifies with this outlook and embraces it into his artwork.

In the previous series of work, the artist was influenced by cinematographic perceptions in which he, like Auteur, phrased an internal relationship which creates a world in which all the parts comply with the same inner system. In this new series, the same internal system is tightening up by melting the realism and the usage of pictorial formalistic tools that analyse relationships between forms, colours and their meeting point.

Mazliah analyses the existence and power of love at different points in time and places. The meeting point of Love and Nature invites a transcendental point of view, such that exists beyond the corporeality, and is independent of it. Love and nature at the same time expand and exist within the universe and beyond it.

2007 "Faraway in me" The Museum of Israeli Art, Ramat GAN

2006 "Without Prior Notice" BARBUR GALLERY, Jerusalem