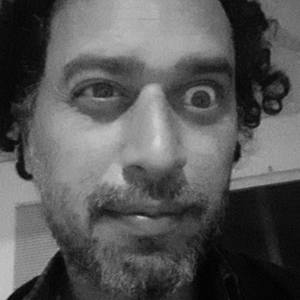 "Ordí Calder is a fine art photographer from Brazil whose focus on the geometric interplay of light and shadow on atomized compositions take us on an arcane quest for the essential components of reality. Until a few months ago, if you were to ask to make a plausible connection between G.W. F. Hegel (a German philosopher whose existence on this earth straddled the 18th and 19th centuries), Fritz Lang (the German Expressionist film maker who gave us “Metropolis” in 1926), and Edward Weston (the American wunderkind of that 1st generation modernist fine art photographers) I’d be hard put to do so. But that was prior to encountering Ordi’s body of work. Today, the task is easy." by Jonathan Raddatz.

Jonathan is a painter, writer and scholar specializing in the religious and philosophical landscape of Late Antiquity. www.jeraddatz.com

Formula One Grand Prix, and the Tennis Masters, which will also take place in April/May. The Prince's Palace, the Exotic Gardens, the Oceanographic Museum as well as the Nouveau Musee National de Monaco are cultural landmarks located in close proximity to the venue of the fair -- spacious Espace Fontvieille, which was built by Prince Rainier III of Monaco. As a member of ART UpCLOSE, Ordí Calder's name and work will be promoted at this important cultural event. http://artemonaco.com/.

Artexpo is one of the world's largest art fairs. For 36 years, it has been changing the way people buy and sell art. This annual event brings galleries and collectors face to face with hundreds of established and emerging artists, creating the world's largest fine and popular art marketplace. The show continues to draw larger consumer crowds each year,
now hosting more than 15,000 affluent art enthusiasts annually. Artexpo will take place in Manhattan in April of 2016.

Architectural Digest Design Show is North America's premier design fair for the luxury market. The 14th annual event will take place in March of 2016. It will feature the latest design projects and attract thousands of affluent collectors, designers and architects. The show is organized by the Architectural Digest -- one of the leading design publications.

Exhibition at Sao Paulo Metro Station for three months from December 10 in the Republic Station.

Books
2015 Vanguard Visionaires launched at Art expo New York. Ordí Calder is one of the artists in the book.

2017 - One Work Selected as a winner at 3nd 2017 ArtSlant Prize Showcase Winner in the photography Category. On Line Gallery.

2017 - One Work Selected as a winner at 2nd 2017 ArtSlant Prize Showcase Winner in the photography Category.

2017 - Selected as Winner in the 1st 2017 ArtSlant Prize Showcase competition.