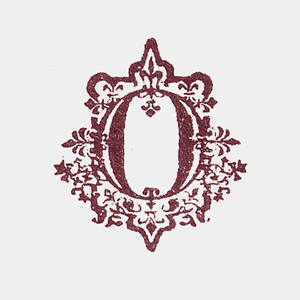 The Gentle Art of Creation
Organic Aesthetics
-“Aesthetics is a perfect balance of serenity and commitment.” -

Oriol Angrill is an artist currently living and working from his studio in Palma de Mallorca, Spain. His work is permanently looking for new visual achievements according to Organic Aesthetics. He studies Nature and Science as part of the art exploration to find inspirational resources to combine with portraits and make his work unique and unpredictable.
"We must embrace the beauty of nature among ourselves for a better upcoming future."

A short beginning.
"I did not start like most of the artists I've met. As I've been listening, a majority of them had been enthusiastic about Art, almost since they were born, as a native desire to create or express themself. Unfortunately, it wasn't like that to me. It was like a research of what I did better. I really had no interest in drawing or art culture. I completely unknew there were people living and working on Art. Despite my childish ignorance, I had already an easy skill to draw or rather that, a facility to represent what I saw on paper.

At the age of 12, I started doing my first art lessons as an after-school activity, with the same educational purpose as parents take their children to music lessons or sport activities. By the way, I also did those other activities.
I've always been a bad student and I had a fervent tendency to distractions. I used to waste massive time starring at each shade, light that brightened onto my classmates, following the flight of a fly or how the pencil fell down while I was pushing the table up with my feet.
With tough efforts to study and gradually passing courses, years were going on with no artistic relevance up to High School when I found out what I did not like to do. I managed to pass 1st High School in Science and then I changed to Art branch to start my early knowledge about the world of Arts and people that surrounds it. Began huge family problems due to my absence from school. I failed and the following year was quite similar but less frequently non-appearance issue. Unconsciously, I became more and more interested in the artistic world, images, pictures, illustrations, featured artists... M.C. Escher was who encourages me to make draws as better as I could. Then I realized that I could do something well done enough. After that, I started Illustration at the Escuela Superior de DiseÃ±o de las I.Baleares. There, my interests were almost clear and I decided to dedicate myself to Art and do the best I can."
"I just like to draw things that happen in real life, I'm tired to visit contemporary art galleries or museums, all I find there it's just like visiting primary schools on a parent's day. They try to express themselves in a random or painting fade thrown on a canvas or stuck trash into a litter. All it is shown is valid and allowed."

Only when it's worth it.