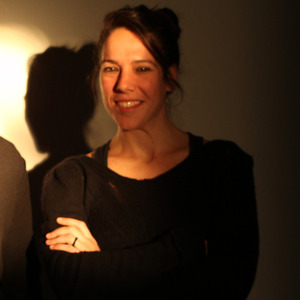 With a degree in Advertising and Social Communication from the Universidad del Salvador in Buenos Aires, Argentina, I have worked as an Advertising Art Director at various advertising agencies continuously from 2004 to the end of 2009. During this time, I developed advertising campaigns for Leo Burnett Argentina and was honored with various local and international awards. My interest in the return to analogical systems as a form of expression led me to study film, writing, photography and art direction, becoming a multidisciplinary professional trying to transmit a message, concept or story through any type of format. In my spare time, I am dedicated to photography, writing, making short films and other projects as a freelancer. I won in 2010 a scholarship for the Master of European Design Labs in the IED Madrid and attended to workshops with prestigious european designers as Sigga Heimis, Doshi Levien, Julia Lohmann & Gero Grundman, Pedrita Studio, Luis Urculo and Gala Fernandez.
In 2011 I was a staff member in the summer workshops in the domaine of Boisbuchet, run by the Vitra Design Museum and the centre George Pompidou.
I had lived in Barcelona for a year and a half where I worked for VICE magazine and opened a design/art studio in November with partner Tristan Cochrane., we exhibited and sold our projects in Milan, London, Berlin, Madrid, Barcelona and Lisbon.
At the moment IÂ´m living in London after a short term in Wales, where I was focused in screen printing process, showcasing my work in Bristol, Leeds, Cardiff and London.
I was also a guest lecturer and tutor in Advertising degree in the Swansea Metropolitan, University of Wales Trinity St David.