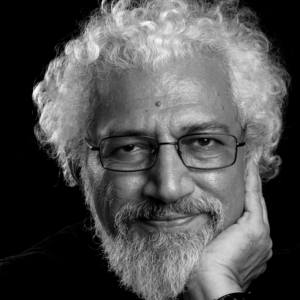 Paintings, ink-drawings and sketches by Prakash Bal Joshi, a Mumbai,India,-based artist, reflect a recurring theme"”the transient nature of life and the Nature itself.

Joshi's creations go beyond, what he calls the outer look of various animate and inanimate objects that populate this planet, and try to reveal the subtle nature lying underneath their visual forms. Thus the buildings, streets, trees, bushes, lakes, rivers and myriad other objects he paints assume mystical aura about themselves. His ink or pen-on- paper sketches and drawings portray massive changes in the urban landscape brought on by development that reflect two self-contradictory movements"”rise in material comforts and fall in values. Some of them show in subdued hues human emotions like love and disillusionment while a few others simply convey the complications of human mind through a series of mazes.

Joshi feels a mysterious spiritual connect with rivers"”something that seems to stem from his childhood tryst with swimming in a river which almost ended in his drowning. He evocatively uses river as a visual metaphor in his works to portray the flow of life, and the loss he feels when he thinks of many rivers that have been lost due to ravages of Time. His most enduring interest, bordering almost on obsession, is the disappearance of the mythical River Saraswati, on whose banks ancient sages are believed to have composed the great Vedas in India.

Destruction of environment through human greed also forms a powerful narrative in Joshi's paintings. They show how the Nature goes through the cycle of creation, destruction and creation again.

All of Joshi's creations, he confesses, are spontaneous reflections of the turmoil he feels within over Existence and the purpose of his own part in it. "For me, art is a spiritual quest that connects me with the whole universe," he says.