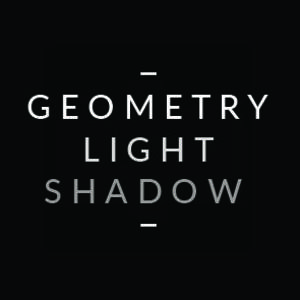 If you would like a reproduction print, printed by Saatchi Art, and it's not currently available, please get in touch.

-----
In our digital world of 'instant everything', which is mostly mass produced, Paul Cooklin is drawn to analogue film and traditional darkroom printing. His preference for film over digital derives from the nostalgic and timeless 'look' of black and white film, with it's tonal qualities and grain. He is also drawn to the rules of the negative and the traditional printing methods which he finds more rewarding due to the hands-on approach needed to make an individual silver gelatin print.

Cooklin's body of work consists of an eclectic collection of prints, spanning various photographic genres which have featured in numerous publications, including TIME magazine, Italian Vogue and is represented by '508 Kings Road Gallery, Chelsea, London'.

Handcrafted black and white silver gelatin prints from 120 and 35mm film made with premium photographic paper and traditional darkroom techniques, by Paul Cooklin. The signed limited edition originals include a backing board, wide mount and signed authenticity documents and are ready to be placed in a 40 x 50 cm frame of your choice.

Each print is selenium neutral-toned for added archival permanence which will give many years of viewing pleasure if cared for and displayed correctly. The subtle tones from the silver and fibre paper are best viewed with good light. Silver gelatin prints should be framed behind UV glass and ideally displayed in a bright, well lit space, out of direct sunlight.

HUF MAGAZINE #56 EXCLUSIVE INTERVIEW
Paul Cooklin
A MASTER OF ANALOG PHOTOGRAPHY; HIS IMAGES CAPTURE
FLEETING MOMENTS IN TIME, WITH THE PERMANENCE OF FILM,
TO LAST A LIFETIME AND BEYOND.
"I am a fine art film photographer."
I originally started as a digital
artist creating abstract and
conceptual images for a stock
agency called Brand X Pictures
(now owned by Getty Images)
where, over a period of around
three years, I created enough
images for five disk publications
of my work. I really enjoyed the
freedom of creating images from
scratch and having complete carte
blanc to let my creativity flow. I
would incorporate digital photos
into the many layers I used to
create the finished piece. I was
quite prolific at the time and
found it to be a very creative and
cathartic process. Towards the
end of my fifth disk, I was given a
Bronica ETRS medium format
film camera by my dad and began
experimenting with all the
different types of film emulsions
on the market at the time. My dad
already owned the Bronica ETRS
as he was a keen amateur
photographer in his younger days
and was no longer using it so he
gifted it to me. I remember my
first roll of black and white film
coming back from the lab poorly
composed and under or overexposed,
but I fell in love with the
look and feel of real film. I was
hooked on the analog process.
Not only do I simply prefer the
look of film over digital with it’s
tonal qualities, it just feels more
honest. I’ve come to realise I’m a
purist when it comes to taking
snaps. I tend to shoot less than I
did digitally, partly because
there’s a direct cost per frame, not
just for the film and developing
but also the time it takes in the
darkroom to make a print which
encourages me to be more
discerning when I shoot.
I feel very fortunate to be able to
do something for a living which I
have a passion for. Although it’s
currently not the best paid job I’ve
ever had, it’s very rewarding. I
used to have contracts with lots of
online art publishers but have
closed down the ones which
either didn’t sell much of my work
or who offered poor commission -
which I signed at the time out of
naeivity. I now only have a few
publishers who represent my
work - The Saatchi Gallery for my
handmade original limited edition
silver prints, Not On The High
Street sell my reproduction Giclee
prints and Farmboy Fine Arts in
Canada take care of my images
which are used for large
commercial contracts such as
hotels and corporate buildings.
Getty Images still represent my
stock images but I’ve not
submitted anything new to them
for years. I have become
EXCLUSIVE INTERVIEW
increasingly unimpressed with the
whole stock image business which
has changed over the last ten
years, primarily when digital
capture was easily available to
anyone with a small budget to buy
a high-end camera, which in turn
saturated the market with images
and lowered the price to an
untenable working price...
Read the full interview at http://bit.ly/2hrkWhD