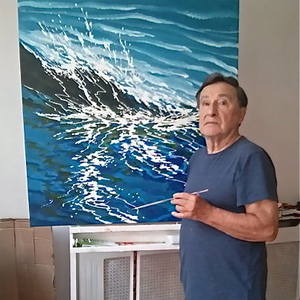 After building success throughout the 1960s and 1970s Martinez decided to withdraw from the gallery system as in his own words "I became increasingly worried that it was in charge of me. I knew I would no longer be in the commercial art market, but consider painting to be of more personal value, if I took time out to deepen my knowledge and depth of painting”.