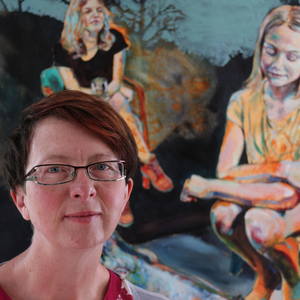 My paintings, large and gestural, employ visual narratives to explore the multiple guises of humanity. The good and the bad conditions of humankind act as agency to my practice. I utilise figuration and colour in the portrayal of emotion and gesture.

Representations of animals, a regular feature in my works, are interwoven into the composite arrangement of my paintings. The animals are often metaphors for different aspects of humanity. The perspective of distance, be it geographical or historical, also informs my work.