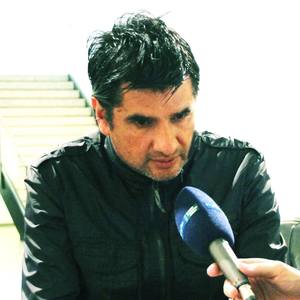 Ochoa is considered among the most important artists currently working in Mexico. His work was commissioned for exhibitions of “20 Iberoamerican artists”, and he represented Mexico in the PhotoIreland Festival in 2010. He took 1st place honours at the Mercosur 12 International Fair in Buenos Aires.

Among his commissions are projects for the New York-based Art on Paper ('Diaries of a Young Artist', published as a book in 2009), magazines Monocle (London), FOLLY (New York) and Lenguaraz (Mexico), the SONS Museum in Belgium, the Lux Art Institute in California and a variety of corporate and private commissions. He was invited to the Editorial Committee of the newspaper Reforma's Culture section.

Notable exhibitions of Ruben Ochoa's work include the highly acclaimed touring exhibition 360º, shown in cities throughout Europe between 2006 and 2012 (and published as a book in 2010), and exhibitions of the projects Piso 86 (Floor 86, homage to Manuel Felguérez) and Road to Ayreshire (Franz Mayer Museum, Mexico City), THERMO (images shot with an infrared camera, exhibited at the fourth World Water Forum), Bestiary (or the new deadly sins) which was exhibited at the British-American Museum and the Santo Domingo Convent in Mexico City. He is represented in Mexico by Lourdes Sosa Galería (Mexico City), in Europe by Artèria (Barcelona) and in the USA by A Ship in the Woods (San Diego). Ochoa's work has been featured in the Saatchi Online "New Photography" and "Black and White" collections, curated by the Director of the Saatchi Gallery, London.

In 2011 Ochoa completed an artistic residency in Barcelona. In 2016 his plans include a period of work in London and a series of projects, some large format, to be presented in Europe.